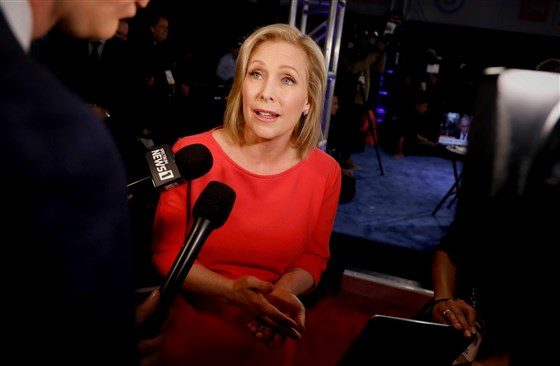 Only seven out of 24 candidates have qualified so far for the September face off in Houston.

DETROIT — After the debate comes…the rush to qualify for the next debate.

Democratic voters may be eager for the largest field of candidates in presidential campaign history to get pared down, but the candidates themselves are desperately trying to stay in the race for the next debate in September, when the price for entry nearly doubles.

To make the stage in Houston for the ABC-hosted face off, candidates will need to both register at least 2 percent in the polls (up from 1 percent for the previous two debates) and secure donations from at least 130,000 individual donors (up from 65,000).

Three other candidates say they have qualified either on polling (Minnesota Sen. Amy Klobuchar) or donations (former Housing Secretary Julián Castro, and entrepreneur Andrew Yang), but not both.

The rest of the candidates, however, will have to pray for a late-summer surge in both polling and online fundraising. They know it will be tough and some are already discussing ideas for holding some kind of counterprogramming event for those left out.

And so, the candidates at risk of getting culled wasted no time fighting for their campaign’s survival.

“Im going to make it, especially if all your viewers go to KirstenGillibrand.com and send one dollar!” Gillibrand told NBC News in the spin room shortly after getting off the stage Wednesday debate.

Rep. Tulsi Gabbard, D-Hawaii, touted her performance in the last debate and pitched herself for the next one in the same breath in an email to supporters.

“Click here to watch the highlights from tonight’s debate, then share with everyone you know and encourage them to donate as little as $1 to get us to the third debate in Houston,” her campaign wrote.

Some candidates and their allies have complained that the Democratic National Committee is being too heavy handed in raising the bar too high too quickly, which they argue is a misguided attempt to winnow the field.

But the DNC and its defenders, which include many unaligned Democratic strategists and allies of the higher-profile campaigns, say that any candidate with the chops to take on President Donald Trump should have no problem getting to 2 percent in the polls.

“I’m really good at tests, whatever test the DNC throws at us, we’re going to pass,” Yang told NBC News.

New York City Mayor Bill de Blasio acknowledged to NBC News that “we have work to do,” but added, “I feel we can do it.”

Of course, missing the debate stage is not actually a political death sentence.

But in an already overstuffed field, voters, donors and the media will likely start writing off candidates soon, making their long odds even longer.

One of those most at risk of the chopping block is Montana Gov. Steve Bullock, who entered the race later than most other in order to focus on the state legislative session back home. That made Detroit his first and perhaps only debate appearance, but he’s trying to stay positive.

“I’ve only been in for 8 weeks,” he told NBC News. “Bill Clinton didn’t even get into this thing until October… we still have I think 150 days until Iowans express their preference. So I think we have a long ways to go in this.”