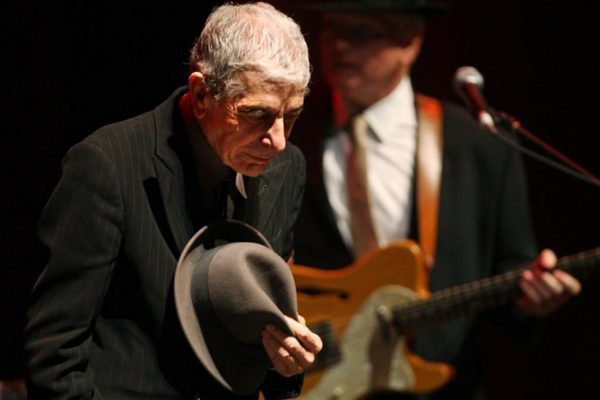 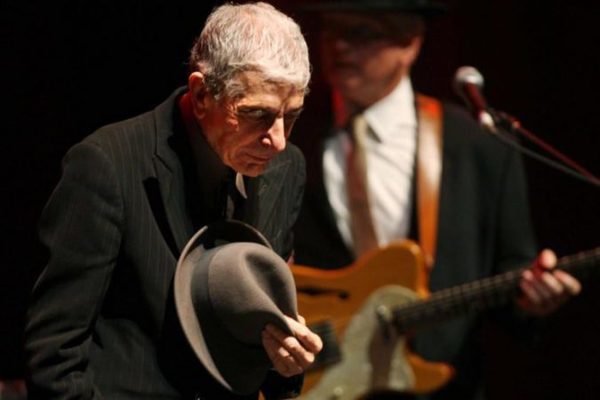 It was in the late 70s, the PQ was in the middle of his first term, the referendum disappointment had not taken place, nationalism was at its peak. I was 24 and Leonard Cohen, 20 years older. Sitting at her kitchen table, Vallières street, he gently scratched his guitar humming a tune that soon muerait song. But that day, I did not come to meet the musician or singer-songwriter, but the poet. He had just published a book of poetry that bore the same title as the album produced by Phil Spector, launched a year ago: Death of a Ladies’ Man .

He therefore invited me to his house, had me sit in the kitchen with lace curtains, offered me tea, but oranges, even if there was Suzanne who was lying around. Then when he had to start the interview, he had driven me into his study room, where he wrote opposite the window overlooking the park Portugal, sitting at a small wooden table, coffee and naked, furnished some books on mythology and manuscript never published My Life in Art .

We talked of marriage he regarded as the graveyard of love, but a merry cemetery because according to him, marriage was what freed the man of romantic love and the pressure of being an eternal lover.

Marriage, he said, is the ultimate freedom to walk naked in front of a woman without wondering whether we will appeal or not, if it is attractive or not; being naked in front of her, simply, without expectations, without passion, without anxiety.

I remember that at the time of the conversation, a lively irritation pushed me to challenge this man who had never denounced Quebec nationalism as his friend Mordecai Richler, but had not defended either .

With an adolescent idealism, I asked him why he, the lover of freedom, refused to support the fight of Quebecers for their freedom and independence. Stung, he embarked on a glorious, sparkling love letter to Montreal …. I am for the Free State of Montreal, he cried. I do not live in a country, I live in a neighborhood, a world completely apart from others. I’m not Canadian or Québécois. I am, and forever, Montrealers.

Was that the first time I heard such a statement, made as eloquently and passionately? Probably. It was also the first time that I discovered that this city where I lived and I thought ugly, gray and mundane could be anything but a city among others.

Looking back now, I realize that Leonard Cohen has been an important and crucial spark that brought to light the hidden charm of Montreal and we found both her secret beauty that uniqueness.

Before Cohen, as before Tremblay and Beau bad, Montreal perpetually lived in the shadow of this vast and profound Quebec, this Quebec mythical “presqu’Amérique” that great all who aspired to become a country. Before Cohen and others, we thought the country rather than city. And if we Montrealers, we had little conscience, our essence and our Montreal weighing little soul in the balance.

Cohen was one of the first to make us see and perceive Montreal otherwise, like a strange flower. Not as a lily, but as a flower of bitumen and smoke, crossed by thousands of accents and faces a metropolis, dirty, impure but alive, the endless days and magical nights.

Through the eyes of Cohen, Montreal was full, not only as a red dot on the map of Quebec.

Of course, he was not the only one to mention Montreal. Before him, there was Mordecai Richler. But the Montreal Mordecai was that of Saint-Urbain, the tense streets of clotheslines and horses loaded with ice blocks, a city of another century, archaic and merciless.

The Montreal Cohen was an open city where the rich, the poor, immigrants, Francos and Anglos lived intermingled, just back from the modern civilization and the cold world of business and success, but happy in their difference.

After that meeting rue Vallières, in November 1978, I never saw Leonard Cohen. I knew he kept to leave Montreal and come back as a beloved woman who can no longer live, but we can not do without. Then one day, his visits to the city of his childhood are spaced more and more, to be more occasional basis, or even rare, even if he still owned the house from the street Vallières.

Thursday night, on hearing his death in Los Angeles, I felt not only great sorrow, but also the irrational fear that he be buried in sunny California, where he ended his days. But no. The poet returned home. In his great wisdom and infinite loyalty, the poet asked to return to Montreal to be buried with his family. Montreal can sleep in peace. Leonard Cohen is back for good with us.