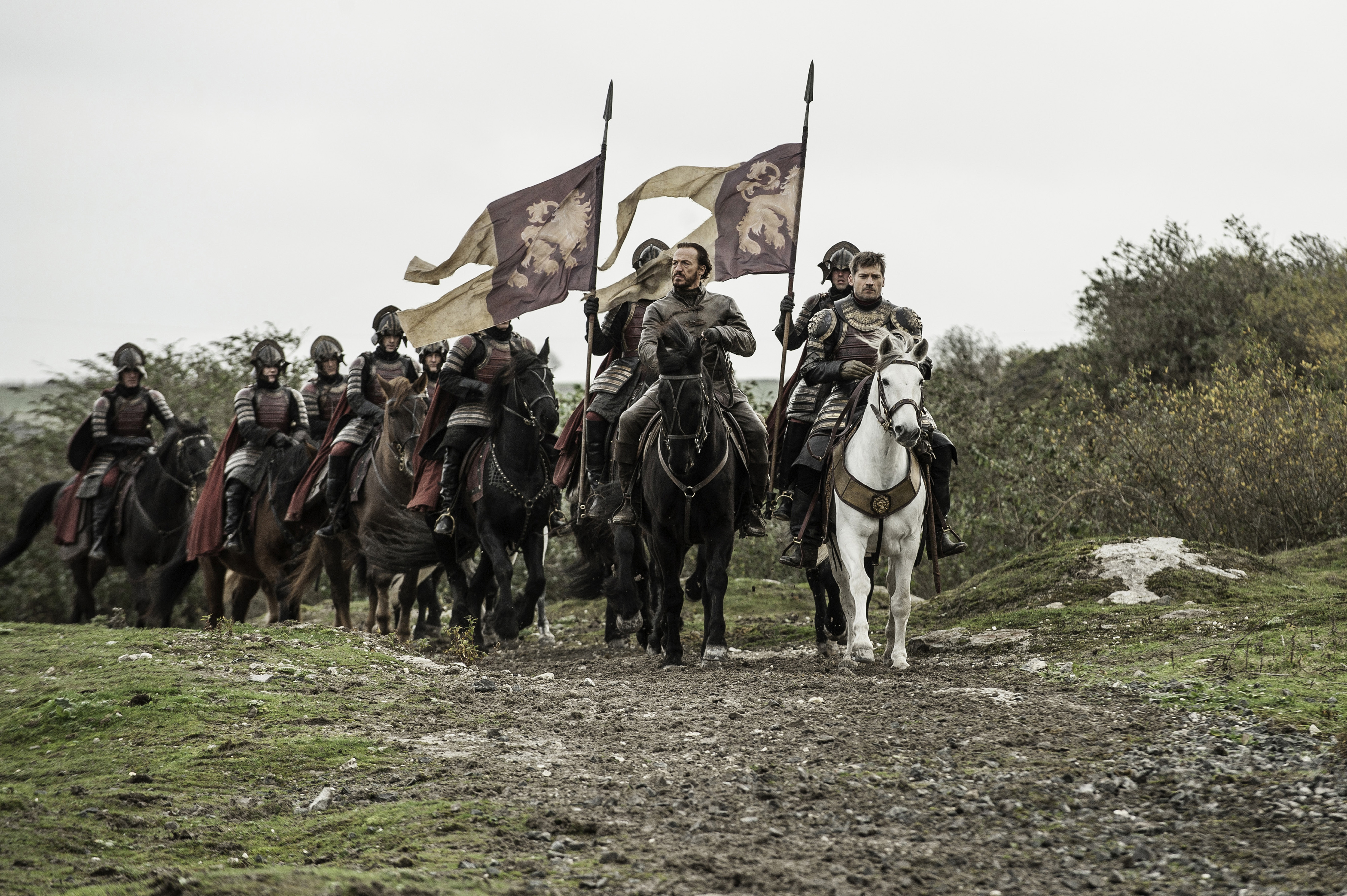 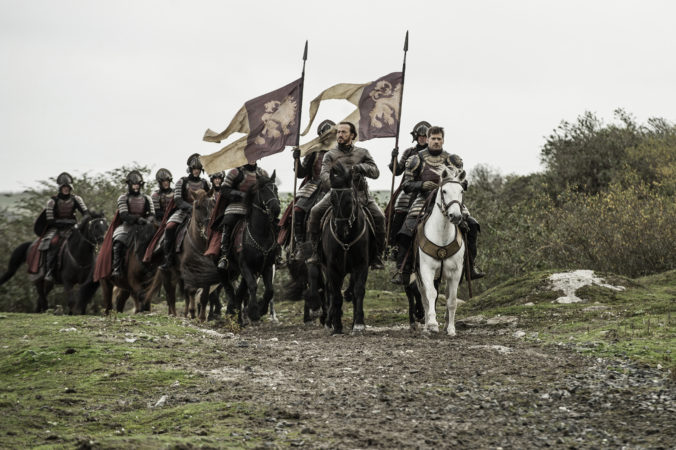 Great songs that you hear in a TV episode can have a strong emotional impact, as well as lead you to bands and artists you may not have previously heard of. This has been a great year for soundtracks on TV, and our Best of 2016 playlist covers a wide range of shows across network, cable and streaming platforms. Time-specific tracks from the period a TV show is set in such as Portishead’s “Sour Times” accompany Marcia Clark and her new haircut in The People v. O.J. Simpson, though more anachronistic picks are also included. And while I am sure there are some I have missed (because in this era of Peak TV it is impossible to watch everything) there are plenty of different genres represented, too.

Twenty-one shows feature on this list, with Fleabag, Mr. Robot, Girls, Halt and Catch Fire, Crazy Ex-Girlfriend, The Americans and the Looking movie getting two entries each (I just couldn’t pick). There are tracks to dance to, like “Velouria” by the Pixes as Cameron and Joe did in Halt and Catch Fire, or you can pull a Patrick from Looking and dig out your best moves for Britney Spears’ “Piece of Me.”

This really has been a terrific year for both pop songs and scores with the playlist closing out with THAT Game of Thrones piece of music, which I definitely listened to at least five times in a row while I was writing about the episode. Ramin Djawadi is the only artist who appears twice and the composer worked on HBO’s two most talked about shows this year; Game of Thrones and Westworld.

With the latter, Djawadi has taken tracks by bands like Radiohead, Nine Inch Nails and Soundgarden and given them a Western saloon makeover. Half the fun was how long it took to guess which track was getting the piano treatment with Radiohead dominating throughout. “Exit Music (For a Film) has such a strong Romeo + Juliet connection for me, but it is a fantastic choice as all goes to hell in the season finale.

Exit music is well-covered here, and the track that plays an episode out whether it is over the last sequence or kicking in as it smashes to credits has the power to really land that gut punch or rush of feelings. See the entries for You’re the Worst (which really excels at this), Orange is the New Black, Black Mirror, Good Girls Revolt and Stranger Things for this. Also on the devastating level is “Allistrum’s March” from the fourth episode of Fleabag and this track alone now has the power to produce tears because of the intense sadness emanated from the scene it accompanied.

Songs from finales also feature heavily in this list – including the aforementioned Westworld, Game of Thrones, Good Girls Revolt and You’re the Worst – and this is when shows tend to pull out their big guns. The Americans has always used the soundtrack of the era to its strength sprinkling rather than cramming every episode with the “Best of the ‘80s,” and the Season 4 finale added another string to the excellent song choice bow. Leonard Cohen sings “Who by Fire” as we see the characters in each story thread contemplate the weight of the work and whether they are now stuck in an inescapable landscape of their own making or if they still have time to flee. Earlier in the season “Under Pressure” by Queen and David Bowie accompanied a very different montage of release and stress, which also sadly points to another music icon that passed away this year.

The other song choice I have gone for from The Americans comes from Episode 2, where Soft Cell’s “Tainted Love” takes on a whole new meaning after Philip’s encounter with an airport security guard on a bus goes horribly wrong.

Mr. Robot had a bit of a messy season, but the soundtrack never let it down as Sam Esmail uses a variety of classic tracks, contemporary songs and classical music to enhance the viewing experience. Plus, there was also the moment when Portia Doubleday delivered a stunningly melancholic rendition of “Everybody Wants to Rule the World” during a karaoke scene.

On Spotify there is an Insecure playlist for every episode (because the music is that good), although I am sad to see that “Broken Pussy” — which got Issa into trouble with her best friend Molly and was stuck in my head for days on end — is not featured. In songs that might be considered inappropriate if sung out loud, there is a couple from Crazy Ex-Girlfriend and this was another case of having too much choice so Rebecca’s love arc with Greg won out for Santino Fontana reasons.

As this almost-30 track playlist shows, there were plenty of music moments this year on television to dance, sob and sing along to. Plus, some songs were also integral to the plot with the sadly one season and done BrainDead using “You Might Think” by The Cars as a way to signify who has been infiltrated. Talk about music that gets in your head, I am now actual very fond of what was a literal earworm on BrainDead.

The full track listing is below including what episode the song featured in — you can also listen to the playlist in its entirety on Spotify.

“Tainted Love” – Soft Cell from The Americans 4.02 “Pastor Tim”
“Sour Times” – Portishead from American Crime Story “Marcia, Marcia, Marcia”
“Heart Crush” – BJ the Chicago Kid from Insecure 1.08 “Broken as Fuck”
“Oh My God I Think I Like You” – Rachel Bloom from Crazy Ex-Girlfriend 1.17 “Why is Josh in a Bad Mood?”
“Past Lives” – BØRNS from Girls 5.03 “Japan”
“Hammond Song” – The Roches from You’re the Worst 3.13 “No Longer Just Us”
“Grandma’s Hands” – Bill Withers from Atlanta 1.02 “Streets on Lock”
“No More Tangles” – John Grant from the Looking movie
“You Might Think” – The Cars from BrainDead (used throughout)
“New Morning” by Bob Dylan from Halt and Catch Fire 3.10 “NeXT”
“It was a Shit Show” – Santino Fontana and Rachel Bloom from Crazy Ex-Girlfriend 2.04 “When Will Josh and His Friends Leave Me Alone?”
“You Don’t Have to Say You Love Me” – Dusty Springfield from Mr. Robot 2.03 “eps2.1_k3rnel-pan1c.ksd”
“Who by Fire” – Leonard Cohen from The Americans 4.13 “Persona Non Grata”
“Long As I Can See the Light” – Creedence Clearwater Revival from Good Girls Revolt 1.10 “The Newser”
“Will You Love Me Tomorrow?” – Linda Ronstadt from Preacher 1.10 “Call and Response”
“You Know Me Well” – Sharon Van Etten from Orange is the New Black 4.06 “Piece of Shit”
“Allistrum’s March” – The Gloaming from Fleabag “Episode 4
“Exit Music (For a Film) – Ramin Djawadi from Westworld 1.10 “The Bicameral World”
“Light of the Seven” – Ramin Djawadi from Game of Thrones 6.10 “The Winds of Winter”