Orchestre Metropolitain: a European tour in 2017 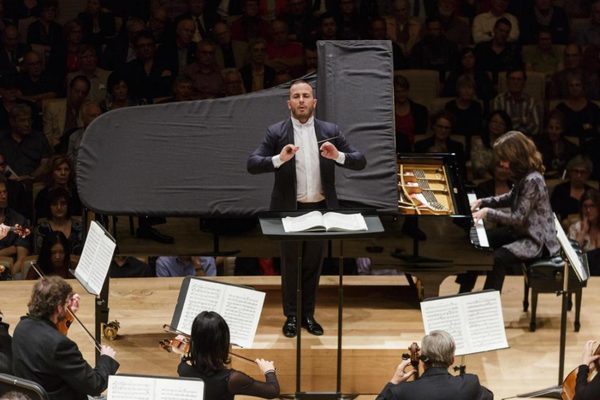 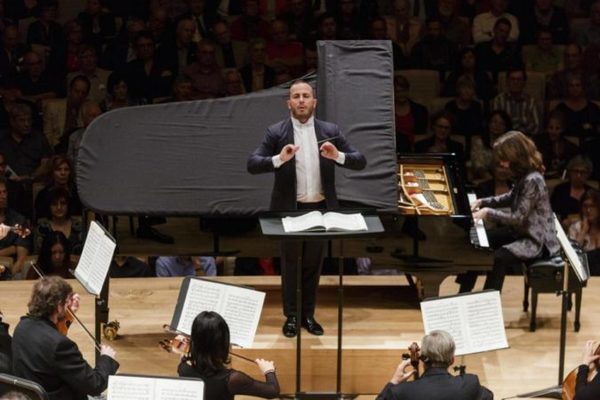 For the first time ever, the Orchestre Métropolitain will tour Europe this fall under the direction of Yannick Nézet-Séguin, with Quebec and French soloists, including Marie-Nicole Lemieux and Stéphane Tétreault. The orchestra, which has never played outside of Canada, will visit Germany, France and the Netherlands, for a total of seven concerts in six cities.

The news was announced while we had just learned that OM realized this week in Montreal a first recording with the prestigious Deutsche Grammophon disc. So it’s a double for Montreal’s Ensemble, which will expand its international reputation for both projects.

“We will go to places that I visit for years with various orchestras, said Yannick Nézet-Séguin. Increasingly, people talk to me about OM, because the reputation of the orchestra grew, many thanks to our records on ATMA Classique. The project started in Paris, with the Philharmonic who wanted to invite us. ”

“We could have toured twice as much, but my schedule did not allow it.”

The existing OM for 35 years, it is surprising that he never carried out international tour before.

“The tours are extremely expensive, said the chief. The fees paid by the presenters of concerts will never cover all the costs. Must be compensated by applying for grants and sponsorships. The only tour we’ve done in our history, it is in Ontario. This has given us want to do more, to think more. It should also be invited to go, obviously. I really fought for my band and I think it is timely. We will have a voice on the international stage. ”

The orchestra so visit Paris, with two concerts in the Philharmonie, new ultramodern hall inaugurated in 2015, and the Amsterdam Concertgebouw, a legendary venue. Other cities will be visited Dortmund, Cologne, Hamburg and Rotterdam. The tour will take place from 26 November to 3 December 2017. Two programs will be presented, with works by French and British composers interpreted by Quebec and French soloists.

“The idea was to have Quebecers and the French who have a link with Quebec. John’s father Guihen Queyras has lived in Quebec, and he too briefly. Alexandre Tharaud spend a lot of time in Montreal since he was 18 years old. As for Marie-Nicole and Stephen, two of our finest musical jewels. In addition, we will play two Canadian works, compositions by Pierre Mercure and Éric Champagne. ”

In the number two program, the pianist Alexandre Tharaud plays the Piano Concerto for the Left Hand by Maurice Ravel, and Stéphane Tétreault will play the Cello Concerto by Elgar. It will be recalled that he had played the same work with the club when he was soloist in residence of the orchestra, there are two.

“It is truly an honor and a joy for me to be part of this historic tour, said Stéphane Tétreault. I look forward to playing in such prestigious European theaters, and find Yannick and musicians Om. ”

As we learned last Sunday, the Orchestre Métropolitain records this week a first disc for Deutsche Grammophon with two international opera stars, the Franco-Mexican tenor Rolando Villazon and Russian bass Ildar Abdrazakov. The six recording sessions take place at the Church of the Most Holy Name of Jesus and the program consists of French and Italian works that will be unveiled later.

“The Deutsche Grammophon team came to talk to musicians, the conductor said. They said they were happy to see all the work we had done to get there. We have worked to publicize the orchestra. These invitations for both the tour for the record, we do not have the quémandées. They are well deserved. “