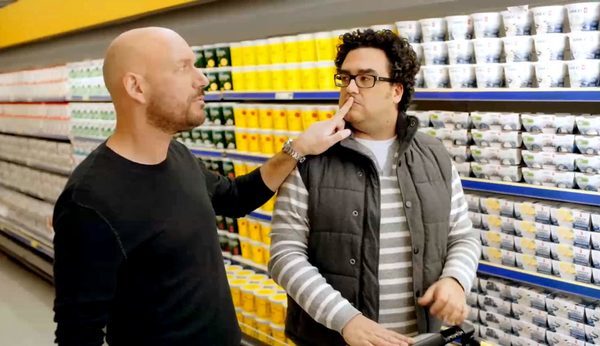 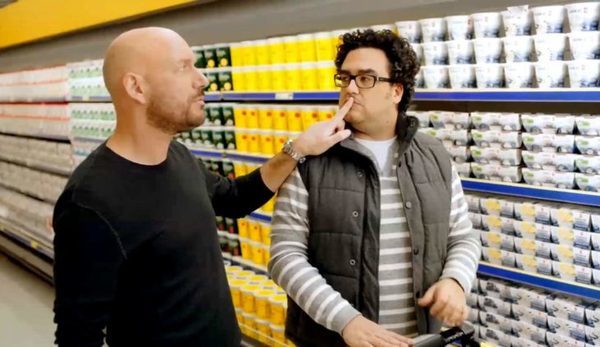 Personally we found it hilarious. By cons, other people have not adhered to the proposal, including comedian Fred Dube, who published an incendiary text on the subject , and William Wagner.

The latter approached the subject in an interview with the radio program Gravel morning where he is an associate. Wagner did not mince his words when speaking of the lack of integrity of Martin Matte.

” Speaking of integrity and vomit, talk of new pubs Martin Matte ,” he began. Then he added later: ” Martin is so runny that it is ready to drool on the boots of any multinational that has a checkbook .”

Martin Matte had the opportunity to reply to the scathing chronicle of Wagner while he was visiting Two men in gold on Télé-Québec last Friday.

” Me, if William says he does not want to ever pub, it’s okay. But if he says, my morals and my integrity, is that everyone should have and he has no right to do. Esti, you find yourself a little too intelligent. For me, this is unacceptable. For me, integrates, it means honest. And me, I’m honest. Worse I never said I would not do crunches pub. I’ve done for 12 years with Honda, worse then I redo. I’m not wrong about this. If I stop to advertise, there’s going to be like. He ended by saying “it earns a very good living and it did pay ad is unacceptable.” In 2016 in Quebec, Quebec small it does not take too much money … he could have challenged André Sauvé, Adib Alkhalidey, Fabien Cloutier … there in spades, but at a certain level of money you can not do. Who are you to say when you can do and when to stop? ”

He added later in the interview: ” When I’m in the car, with my children, and he said I vomit, I do not take it. And I find that sad. […] When I make the pub, he does not know, you know I have a foundation. It’s part of my business. For heavy disabilities and traumatic brain injury. There are 10 daily in Quebec. And I tell people I’m from the pub to come to this […] Me when I open a house, I give my money but it cost half a million to Quebec, half a million in Laval , half a million in Boisbriand, Sherbrooke, Trois-Rivières … I demand a lot of money. Honda went to $ 1 million they gave to help people in Quebec, because I am of the pub with them other. Then you have the other with his hatred and venom, that says I’m an esti rotten that makes the pub. Who are you to say that? ”

You can see the full interview Martin Matte here .

Of course, true to form, Wagner responded by taking each point of advocacy Martin Matte.

” ” He said, when I smell the vomit at home talking about Martin Matte. ”
I never said that. I was talking about your pub. I hope you’re not your pub. It is rather sad. Martin Matte person definitely has a lot more to offer than a series of small jokes that feel Loblaws leftover Louis-José Houde in the microwave.
“You think a little too intelligent. ”
… From Martin Matte … Who likes to boast of his superior IQ … This is a joke I guess? So used to playing vanity we apply it to others?
If that really interests you, I do not find myself particularly brilliant. This is why I like to share, brainstorm, debate, so we will ensure everyone, including me, a little smarter.
“These are hate speech that incites hatred. ”
Otherwise it will Martin ?! I have some suggestions for your next nuanced arguments “His words sound worse than the Holocaust! “Or” His opinion drowning of children in need! “. As relevant and moderate. ”

You can view the complete publication of Wagner below:

All for a pub Maxi! What is your opinion on the subject?