11 compulsory vaccinations : INSERM is committed to transparency in scientific 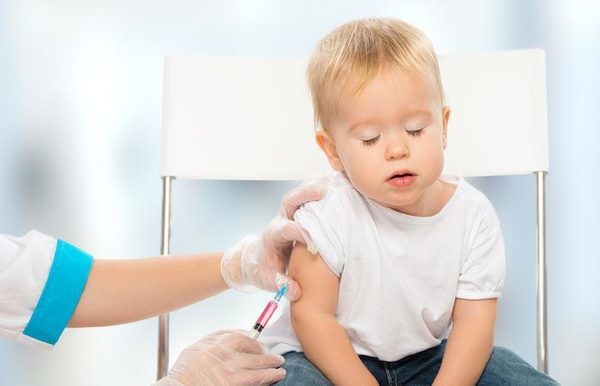 Vaccination is a key public health interventions for the decline in infectious diseases. It is quite satisfactory for the diseases for which it is compulsory (polio, tetanus, diphtheria) or for which vaccines are routinely (whooping cough) or almost always (Hemophilus influenzae b) combined with the vaccines mandatory.
By contrast, for other diseases, and especially measles, the vaccination coverage in France is notoriously too low to obtain the expected effect on the burden of disease, with deaths and sequelae to the key so that they are preventable. In addition, this low level of immunization does not allow the elimination of measles, among others.

A controversy which calls for transparency

In the framework of the expansion of the vaccination requirement, which takes effect in 2018, vaccination becomes a debate of opinion and controversy, fuelled to full, both by the arguments doomsday lobby anti-vaccines, the lack of training of the medical profession and the Public on the subject.
France has become one of the countries in the world where the distrust of vaccine is the strongest. This controversy took place even as the vaccination requirement is the immunization schedule (recommended immunization) and that it adds no vaccine additional. It simply aims to ensure that all children receive the vaccines they would have received if the schedule was respected for all children.

Efficacy and safety of 11 vaccines mandatory

The 11 vaccines that will be mandatory in France are very effective : they protect the children against the disease 90% or more. However, adverse effects, when they exist, are typically minor and short-lived.
Some side effects are minor and common to all injectable vaccines, which can cause a reaction at the injection site such as pain, redness, swelling (more than 10 in every 100 children vaccinated), as well as some general effects, also of short duration, such as a fever or muscle or joint pain (1 to 10 in 100 vaccinees).
Allergic reactions are extremely rare and may occur (less than one case out of 450 000 vaccinated) and be serious in the absence of adequate treatment. But other adverse effects, sometimes attributed to some vaccines, are scientifically unfounded and INSERM has been the analysis of all the scientific data needed to independently establish the facts about immunization.

No link between autism and measles vaccination

The scientific evidence of the absence of a link between vaccination against measles (or vaccines measles-mumps-rubella and type MMR) vaccine and inflammatory bowel disease or autism are numerous and of a very high scientific level. Moreover, it is proved that the only study that had suggested a link between MMR vaccination and autism was a scientific fraud. The article has since been retracted and the doctor struck off from the college of physicians british.

No link between multiple sclerosis and vaccination against hepatitis B

Many studies conducted between 1996 and 2004 have eliminated all risk, and have removed the link suspected between vaccination against the hepatitis B virus and serious adverse effects in the adult, whether in respect of neurological injury-type multiple sclerosis or other autoimmune diseases.
It should also be noted that the suspicion of a link with multiple sclerosis has never concerned the immunization of infants.

No toxicity of adjuvants

Among the 11 vaccines that will be mandatory in France, with the exception of the MMR vaccine (which vaccine is a live vaccine), all of which contain salts of aluminium, an adjuvant is indispensable to the strengthening of their effective vaccine (diphtheria-tetanus-pertussis, pneumococcal vaccines, and meningococcal C).
In the light of the data available to date at the international level, with a decline of use of 90 years and hundreds of millions of doses injected, the safety of aluminum salts contained in vaccines cannot be questioned. A team of French researchers had suggested a link between the lesion at the site of injection referred to as a ” myofasciite to macrophages “, which contains traces of aluminum (like a tattoo contains the ink) and the existence of symptoms of chronic non-specific such as fatigue, muscle or joint pain or cognitive disorders. The independent analysis by other teams of their results did not permit to date to demonstrate the existence of this link. Moreover, this disease has practically not been observed outside France, even though the vaccines containing aluminum are used everywhere in the world.

No dangers with the vaccines combined

Combination vaccines have as main interest to facilitate the vaccination of infants (less injections, less medical appointments for parents). The immune response obtained for each of the infections is not lower than that observed when the different vaccines are administered separately. Adverse effects are not more frequent with the combination than when administered separately (and concomitant) of different vaccines.
Finally, the arguments developed by the lobbies anti-vaccine and claim that the vaccines combined to cause an exhaustion of the immune system ” is not based on any scientific basis.
The stimulation of the immune system induced by a vaccine, be it vi, is indeed negligible compared to its response capabilities and compared to the very many stimuli and environmental day-to-day that receives an infant from his birth.

Justification of the 11 vaccines mandatory

In the end, the need for a high level of coverage for the 11 vaccines used in the infant made compulsory in France from 2018 has a double justification.
A justification individual the protection provided directly to the child vaccinated. When an infant is vaccinated against a pathogen (a virus or bacterium), the immune system learns to defend against him. If the vaccinated person encounter by following the infectious agent, its immune system will recognize it and eliminate it before it can cause disease.
A justification for the collective, the reduction of the circulation of the pathogenic agent in the company and therefore the reduction of the risk of contamination for people who are not vaccinated. The vaccination of the infant prevents the multiplication of the pathogen in the vaccinated infant. It, therefore, can not transmit the pathogen to its surroundings, avoiding his relatives, and especially those who are not or can not be vaccinated (newborns, or infants too young to be vaccinated, the elderly, pregnant women, people who are sick or immunocompromised), be contaminated.
The higher the vaccination coverage is high, the more it reduces the movement of the bacteria or virus involved and the more we reduced the number of cases in vaccinees and non-vaccinees in the general population.

The threshold of immunization is not covered for all infections

There is a minimum threshold of immunization coverage for this herd immunity to work. This threshold depends on the contagiousness of the disease.
In France, with a vaccine coverage of about 97% for diphtheria, one exceeds the threshold for herd immunity and it is thus the entire community is protected. In the same way, the Haemophilus influenzae b of the child, rubella, or mumps have been nearly eliminated in the country because the coverage rate of vaccines exceeds the threshold of herd immunity for these diseases.
On the other hand, the current level of measles vaccination coverage (79%) remains insufficient to enable a immunity group (the threshold of herd immunity = 94%), and so we see resurgences of epidemic of the disease on a larger scale (more than 23 000 reported cases in France between 2008 and 2012, more than 30 types of encephalitis and 10 deaths). In the same manner, the insufficient coverage with the vaccine against meningitis C (70 % at the age of 2 years, but low in adolescents and young adults) is responsible for the majority of the nearly 800 cases and 100 deaths have occurred since 2011.
By contrast, the experience of some european countries, like the netherlands, shows that we can succeed to make it almost go away infections meningococcal C through routine immunization coverage is very high among children aged 1 to 18 years.

For the protection of the French society as a whole, and particularly the the most fragile people, it is essential to increase vaccination coverage levels of children in France : it is to prevent severe disease, sequelae and deaths are preventable.
In order to protect people who, for medical reasons, may not benefit from the direct protection of vaccination, and whose only protection is the immunity group, all children who do not present medical contra-indications proven (extremely rare) should be vaccinated.