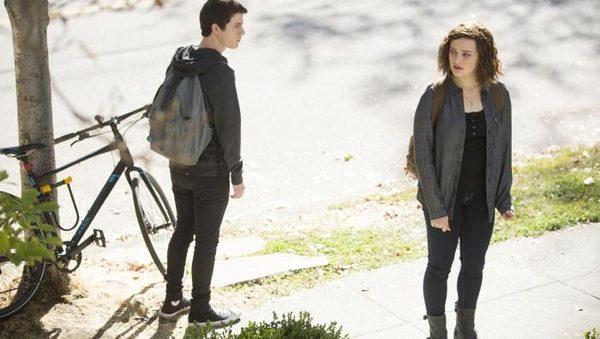 What if Hannah Baker did not commit suicide? This is what some fans of the series think. This is the new WTF theory of the week!

You do not need to draw up a picture, you all know the story of Hannah Baker. After suffering a heavy school harassment, the young high school girl decides to end her life by leaving behind cassettes accusing each of the people who hurt her. While the actors of 13 Reasons Why resumed the road of filming, last month, to prepare season 2, the fans speculate on the continuation of the show. Some of them are convinced that Hannah, is actually still alive and that she has all played us a wrong turn! We are not at all of this opinion but for the pleasure, we share with you this new theory WTF!

Here is one of the theories about Season 2 of 13 Reasons Why: In the last episode of Season 1, students accused on Hannah’s tapes are filmed during their interrogation. We can see the date of registration: November 10, 2017. We know that Clay listened to the tapes in October and that Hannah committed suicide in September, about … But why the showrunners put history in the future ? Hannah is technically still alive in the real world since we are in July 2017. The scene of Hannah’s suicide may well be a jump in the future to show what the high school girl could have done before Somebody saves her. Is there still time to help Hannah Baker? Yes, it’s twisted, you’re given it! But everyone’s point of view … We talk about it at the end of season 2 of 13 Reasons Why in 2018 on Netflix!