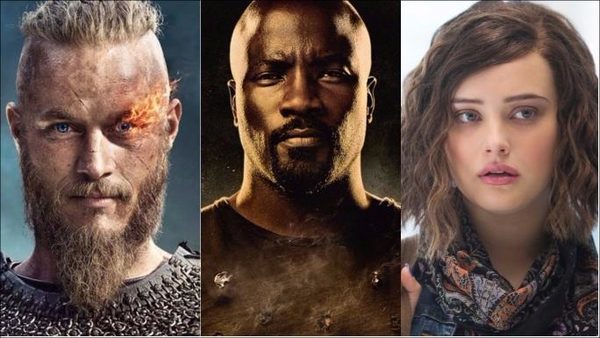 The Series World Cup is also an opportunity to come back to the characters that have marked our little screens and that we are not ready to forget.

The 2017 World Cup continues and the battle is still raging between the series still in the race. But the competition is also the occasion to come back to some characters who, by their bravery or originality, have marked the spirits during the 2016-17 season, whether in the competing or not. So we suggest you take a look at the ones we’ve heard about – or that we should have heard more about – and as usual, do not hesitate to tell us in the comments that marked you this year.
Luke Cage – Luke Cage

The hero of the eponymous Netflix series has certainly been less talked about than he should have. Still, an African-American hero who resists bullets, it remains a character with political connotations impossible to ignore given the crimes of the forces of order towards the African-American community in the United States. In addition to this, Luke Cage remains a marking and exemplary hero despite his difficulties in immersing himself in his superhero role.
Offred – The Handmaid’s Tale

In a frightening series that tells the drift of an ultra-believing society and governed by men, a woman resists. Offred, or June of his real name, embodies the resistance, resilience and courage of Handmaids and deserves its place here. While our societies are still debating abortion and women’s rights, The Handmaid’s Tale has quickly established itself as the dystopian world not so far from reality to be avoided at all costs, and Offred as the feminist resistance Which we all need.
Jack Pearson – This Is Us

Difficult to find a father and a husband more perfect than Jack Pearson, one of the characters of the fantastic series This Is Us. Kind, attentive, gentle … it is not the qualities that lack this character who has all melted us Throughout the season. Like everyone else he has his faults and like everybody else he makes mistakes, but it is also probably one of his greatest strengths and one of the biggest assets of the series. We show that “normal” people can sometimes turn into ideals to which we can all tend.
Alex Danvers – Supergirl

Faced with the growing importance of the show, Alex offered us some beautiful moments in Supergirl that we can not ignore. As she came out to her sister Kara and then to her family, Alex was able to find touching and accessible words that anyone can relate to. Enclosed in a heteronormed world, she was able to free herself from it to finally succeed in being herself, and above all to be happy, and one can not wish her better, neither to her, nor to all the viewers who have it watched.
Ragnar Lothbrok – Vikings

Returning to the characters that marked the year, it is also the way to pay tribute to Ragnar Lothbrok, hero of Vikings who unfortunately disappeared in season 4 of the series broadcast on History. Ragnar, a valiant fighter and outstanding leader, quickly established himself as a strong and charismatic hero with an instinct for strategy and an excellent ability to motivate his troops before going to battle. As much to say that we will miss much in the coming seasons.
Hannah Baker – 13 Reasons Why

If you follow the world of the series, hard not to have heard of Hannah Baker, the heroine of the series Netflix 13 Reasons Why. Leaving behind her 13 cassettes to explain the reasons for her suicide, Hannah marked the spirits of both the characters in the series and viewers. It must be said that many themes more serious than the others were approached – with more or less accuracy according to the opinions – and that the scene of his suicide did not fail to make polemic. Whether we think of good or bad, the series will at least have brought taboo subjects but serious in the public discourse and for that we can only thank Hannah.