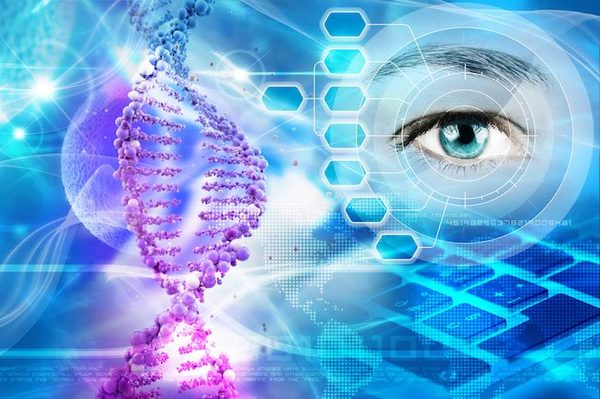 This blood test is based on the analysis of DNA and protein of the cancer circulating in the blood : this is the ” liquid biopsy “. It assesses the rate of eight protein cancer and the presence of mutations in cancer on the genes carried by the DNA circulating in the blood. Although it doesn’t track all the cancers that are possible in the adult, it identifies many cancers that would not otherwise be detected.

The test would detect at once the eight most common cancers, which represent more than 60% of cancer deaths in the United States. In addition, 5 of the cancers covered by the new test are currently the subject of no organized screening.
In this study, the test has greater than 99 percent specificity for cancers. This very high specificity is essential, because false-positive test results may is responsible for many unnecessary tests and expensive, and even surgical exploration to confirm the presence of cancer is suspected to be wrong. The test has been used on 812 healthy controls, and has produced seven false-positive results. The results were published online by the journal Science on January 18, 2018.

A sensitivity which varies according to the cancer

To assess its ability to detect cancers and to do not miss a cancer, that the doctor would call the “sensitivity” of the test was evaluated in 1 005 patients with cancers non-metastatic stage I to III ovarian, liver, stomach, pancreas, esophagus, colon and rectum, lung or breast.
The overall sensitivity of the test, that is to say its ability to find a cancer, is 70% and varies from a maximum of 98% for cancer of the ovary and a minimum of 33% for cancer of the breast (where there are other screening tests such as mammography). For the five cancers that do not currently have screening tests (cancer of the ovary, liver, stomach, pancreas and esophagus), the sensitivity ranged from 69% to 98%, which is a real progress.

Many of the cancer treatments the most promising that we have today benefit only a small minority of patients. These are major advances, but the diagnosis is too late of a cancer in many patients because these treatments are less effective and that is a loss of opportunity for them.
If we want to progress in the treatment of cancers, we need to diagnose earlier and therefore, begin to look at screening in a more pragmatic way. In the knowledge that no test, whatever it is, will not detect all cancers.

The considerable progress of the liquid biopsy

“The use of a combination of biomarkers selected blood for the early detection of cancers can potentially change the way we track the cancer, and it is based on the same logic of use of combinations of drugs to treat cancers,” says Nickolas Papadopoulos, lead author and oncologist at the Johns Hopkins University.
“The mutations carried by the DNA of circulating tumor may be markers highly specific to cancer and, to capitalize on their high specificity, we sought to develop a test based on a small number of biomarkers, but robust and capable of detecting at least one mutation in the great majority of cancers. It is, indeed, essential to keep a assortment of minimal mutations to minimize false-positive results and keep these screening tests that are affordable “.

A work of selection of biomarkers

The researchers first explored several hundreds of genes, and 40 protein markers, reducing the number to 16 segments of genes and eight proteins.
They point out that this molecular test is only for detection of cancer and, therefore, it is different from other DNA tests, which are based on the analysis of a large number of genes associated with a given cancer in order to identify targets for therapeutic potential. Targeted therapies directed against a mutation are, in fact, the current treatments the most effective.

“A novelty of our classification method is that it combines the probability of to analyze different mutations of the DNA parallel to the measurement of levels of several proteins in order to make the final synthesis,” says Cristian Tomasetti, assistant professor of oncology and biostatistics.
“Another novel aspect of our approach is that it uses the machine learning of artificial intelligence to allow the test to accurately determine the location of a tumor on a small number of sites in the body in 83% of patients “.
To identify the mutations and to target proteins for their test, the research team analyzed the data collected during more than three decades of research on the genetics of cancer, compiled at the Ludwig Center at Johns Hopkins, where were created the first genetic models of cancer.

A test close to the routine

This test, called CancerSEEK, therefore, is a simple blood test and may, in principle, be done in any biological laboratory of the city, at the same time as other blood tests that are routine. It could be marketed for the sum of less than $ 500.
Early detection offers the opportunity to improve outcomes for patients. In the best case, the cancer would be detected early enough to be cured by surgery only, but even early cancers that are not curable by surgery alone will respond to chemotherapy.

Validation studies, the most important of this test are currently in progress.