A family numb to the pain in Italy : a nightmare for them and a hope for all the other 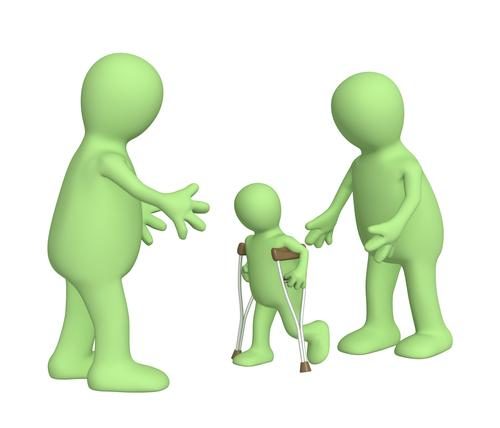 This family disease that was discussed a few days ago about an Italian family, is called ” insensitivity, congenital pain “. It is a total loss of the sense of pain all over the body, while all the other senses are kept.
We knew the case of these two brother and sister French, who were suffering from this disease, and spent their time hitting up the fractures, which is brulaient every day in the kitchen. They were fully aware of the sensation of hot and cold, but were unable to felt the burn of a liquid that is too hot. And who are the dead, both of an intestinal infection not detected… Or at least too late. Because this is not the disease that kills but the lack of a call sign, that is pain, and its consequences especially traumatic.

Two hypotheses exist for quite a long time, quite logical without any verification. The first concerns the transfer of the signal pain to the brain. This is done through “channels” in the nerve cells transform the pain into electrical signals of intensity proportional to the intensity and that recognizes the brain
The other explanation, it is also very logical, but probably least accurate would be that the brain secretes a super-molecule against the pain, much more effective than the morphine. We know that he is capable of doing when we push the body to the end ; the marathon runners are familiar with this substance called endorphins and that enables us to go beyond the usual limits without suffering. A similar substance is even more powerful would be secreted continuously by these patients.

The genetic trail to a treatment

Up to now, all attempts of treatment chemicals have failed, in particular, those who have tried to pursue the tracks of endorphin giving a kind of antidote able to reboot the pain. The only solution, therefore, is the prevention of injuries. Permanent, exhausting, strict and not compatible with a normal life.
The Italian family that does a lot about it for a few weeks helps significantly with the science. That said, a genetic disease, said genetic mutation. Researchers italians and English seem to have discovered this mutation that they called ZFHX2.

Inhibit this gene was to revive the sensation of pain to those people who are suffering in another way. The handle may be to discover a way to relieve all the other