A measles outbreak occurred among students in Bordeaux 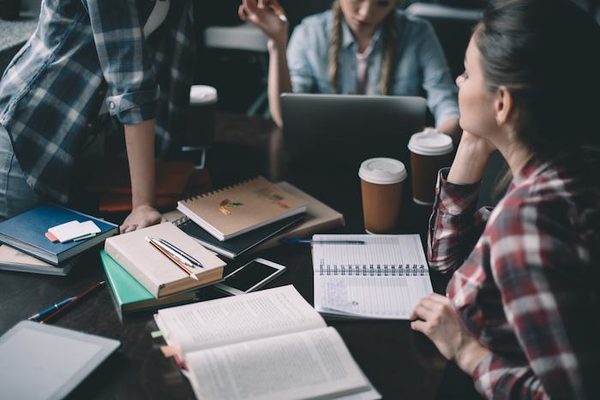 Several students (16 from the ARS) would be ill of the measles at the University of Bordeaux. The sick are doing their studies in 4 academic sites. The epidemic at the university is expected to decline with the holiday, but the risk of dissemination also is possible with the return of students in their homes.
A student infected with the measles virus can be contagious from the day before the onset of signs of illness and up to five days after. During this period of time, it can infect between 15 and 20 people around him.

A serious situation in France

The current outbreak of measles shows that France is still endemic vis-à-vis the infection and is not immune to a new outbreak of magnitude as the card of the infections of 2017 makes it appear that the diagnostics are divided in rather homogeneous over the territory.
The scenario of an epidemic is all the more credible that the immunization coverage is too low. Only 79 % of babies of 2 years old are vaccinated. However, with a virus of the level of contagiousness of the paramyxoviruses measles, it would be necessary to achieve 95 % vaccine coverage to prevent any circulation of the virus in France.

Measles is an infectious disease of viral origin, eruptive and very contagious, which is linked to a paramyxovirus. It is transmitted mainly by the airborne route, for example when a sick person who is contagious coughs, he sends in the air droplets of saliva infected with virus. It is also possible to get measles after contact with a surface contaminated by nasopharyngeal secretions.
The “incubation period” of the virus of measles is 10 to 12 days during which no sign appears. It is a mute period during which the virus multiplies, but the patient is contagious the day before the declaration of the signs of the disease.

The signs of measles are typical and follows a specific timeline in relation to the development of the virus in the body.
The first signs occur during the ” phase of invasion “. It lasts 3 to 4 days with fatigue, fever up to 38°5-40° c, a dry cough, red eyes and a runny nose. Children may often complain of a tummy ache. In the mouth, we find small white dots on the mucous membrane of the cheeks, ” it is the sign of Köplik “.
The distinctive rash happens in a brutal way at the 15th day after the contagion, that is, ” the exanthema morbiliforme “. It begins behind the ears and down quickly on the face and trunk and then on the whole body. The buttons are pink patches swollen irregular, ” the maculo-papules “, which are separated by intervals of healthy skin. They do not itch and disappear in 5 to 6 days.

When it occurs in infants or in persons with fragile or whose immune defenses are weakened, measles may be complicated and require hospitalization.
It is primarily a pneumonia with a secondary infection of the lungs by a bacterial (treat with antibiotics), which should be suspected in any persistent fever for 15 days with a cough. If the patient has difficulty breathing, it is a serious infection of the lung that can lead the patient in the icu. This is what happened to the 16 year-old girl who died in Marseille last July.
Then, it is a risk of viral infection of the brain (” encephalitis “), which must be suspected in front of any neurological signs such as loss of consciousness, muscle weakness or convulsions, and which must quickly refer to the emergency room. These complications can lead to death, and give of pulmonary sequelae and neurological life.

There is no specific treatment antiviral for treatment of measles. The doctor will only give advice on a healthy diet or medication to act on the clinical signs the most troublesome, for example, to lower the fever, we give “antipyretic” (paracetamol).
There is no indication to give antibiotics immediately because measles is an infection caused by a virus and not a bacterium, but it may become necessary secondarily, in case of secondary infection of the lungs caused by bacteria.

The only way to avoid getting measles is to get vaccinated. The measles vaccine is not yet mandatory but is recommended for infants.
Traditionally, the regimen consists of the injection of a dose of MMR vaccine (Measles, Mumps, Rubella) at 12 months and then a second injection between 16 and 18 months. For people who have never been vaccinated against measles, catch-up is possible. It consists of the injection of two doses of vaccine at least one month apart.
In the event of an outbreak, it is possible to receive the vaccine up to 72 hours after contact with a person suffering from measles to prevent the occurrence of the disease.
Very effective, the vaccine is only contraindicated in the allergic to egg white, in the immunocompromised, and pregnancy.

To stem the epidemic

In view of this situation, public Health France recommends that healthcare professionals be vigilant. In the Face of a measles, the vaccine calendar of loved ones needs to be systematically verified. If the schema is incomplete, a vaccination catch-up or post-exposure prophylaxis will prevent the spread of the virus.
The goal : prevent an epidemic like that of 2011 will not occur again. In the space of a year, more than 15 000 people had been contaminated. Dark year, with 10 deaths had been identified.

France is far from isolated in the face of this resurgence of measles. Our neighbours italians, belgians and germans have been faced with a sudden increase in cases. To such A point that the Italy has chosen to re-establish the vaccination requirement. Further to the east, Romania must also combat an outbreak that is very active.