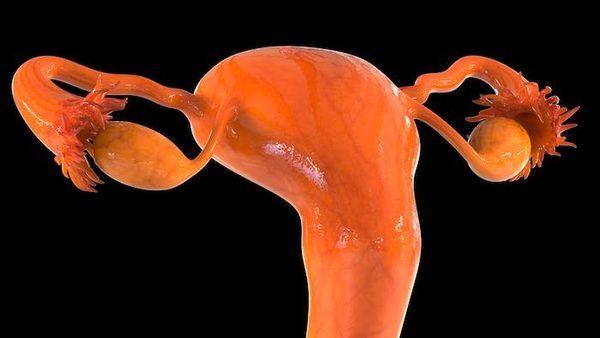 Ovarian cancer is the tumor gynecological the most dangerous and the therapeutic options are still limited. Mutations in BRCA1 and BRCA2 are common and play an important role in the development of this type of cancer.
Cells expressing an abnormality in these genes have protein BRCA non-functional, and therefore cannot properly repair the damage that regularly occur on their DNA. As a result, they are more likely to develop additional genetic alterations that can lead to cancer.

Interest of the associated blocking a protein that MAKES

Researchers at the Wistar Institute have discovered that by blocking a small molecule, BRD4, which is a regulator of the cellular transcription acting upstream, it is possible to block the cellular repair. This protein BRD4 belongs to the family of protein BET and it is quite simple to block with a small molecule inhibitor and render the cells sensitive to inhibitors of PARP.
The association of inhibitor of BRD4 and inhibitor of PARP leads to the destruction of cancerous cells of the ovary, even when they do not have abnormality in the BRCA. The researchers welcome as well to this discovery, published in Cell Report, which extends to cancer non-BRCA-mutated ovarian cancer, the indication of the inhibitors of PARP : “We identified an effective strategy and innovative to raise the awareness of patients with ovarian cancer to inhibitors of PARP “.

Applicable to other gynecological tumors

In practice, the inhibition of BRD4, which belongs to the family of proteins BET, enabling cells whose DNA is damaged by an inhibitor of PARP to divide without repairing the damage, resulting in cell death by a phenomenon called ” mitotic catastrophe “.
The team tested the combination of inhibitors of PARP and BET, in vivo, in a murine model of ovarian cancer with BRCA1 and BRCA2 normal. Although none of the two inhibitors alone had no effect on tumor growth, the combination of the two results in a significant reduction of the tumor mass.

“The joint use of these inhibitors can thus be applied to a wide variety of malignancies regardless of the mutational status of BRCA genes,” says Sergey Karakashev, co-author of the study. “Therefore, our work will be large scale applications in the development of novel combination therapies against cancer “.