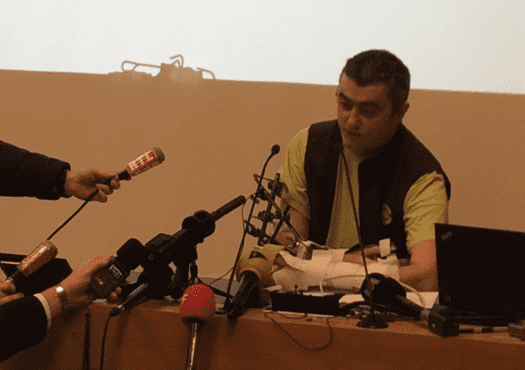 Screen Capture – Twitter of the university hospital of Lyon

The 7th grafted two hands French is doing well. Jean-Michel Schryve, a native of Hazebrouck, in the Nord department, is continuing his rehabilitation at the hospital Jacques Calvé in Berck-sur-Mer, with a motivation unwavering. A motivation so strong that the nursing staff is sometimes forced to curb his enthusiasm, reports The Voice of the North.

The man, 51-year-old was operated on last November at the Hospices civils de Lyon. The operation was made public last February, after surgeons were able to see the success of the intervention. Since then, he has not left the rehabilitation. In a first time in a clinic of Ain, then to Berck.

“I’m going super well, he says the daily northern. Here I am at home, because I had already come after you have been amputated. I know all the world. “

The inhabitant of the North of France had been amputated of the 4 members in 2010 due to necrosis linked to a serious blood infection. He also suffered from partial necrosis of the face that has required multiple surgeries for reconstruction, explained the establishment of the lyon area.

After a long period of rehabilitation, he has learned to walk with prostheses. But he could not not be able to use his arms. “When there is neither hand, nor foot, it is very difficult. With the courage that I have, I’ve managed to cope. Six months after my amputation, I was on foot. But I was missing something, I did everything with my stumps, but I was missing the touch “, he told Lyon Mag.

Then, in 2012, he contacted the team of surgery at the Edouard Herriot hospital and to the clinic of the Park in Lyon to access the registry.

Registered on a waiting list, he had to wait 3 years and a donor that is compatible to be operated on. This type of intervention outside the norm involves many risks. The first is, of course, the rejection of the grafts in spite of the immunosuppressive treatment to be taken for life.

“For M. Schryve, the suites of transplantation are marked by an infection, which prolonged his hospitalization “, had pointed to the establishment of lyon. An infection, followed by other, that he finally knew how to fight.