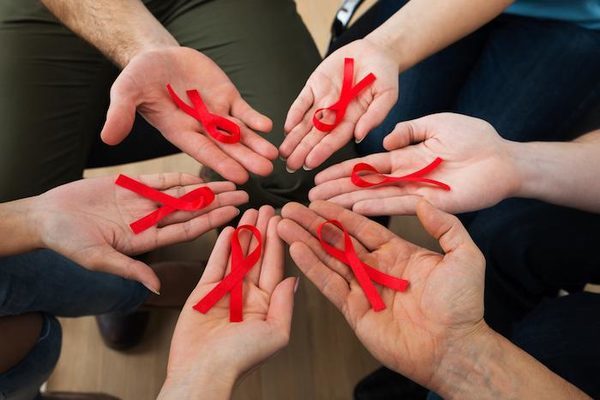 The fight against aids is progressing in the world. For the first time, more than half of people living with HIV are under treatment, according to the latest Unaids report submitted on 20th July. “Remarkable progress has been made in the achievement of the objectives 90-90-90 “, is a program of the United Nations.

These objectives are to ensure that 90 % of people living with HIV know their status, among them, 90 % are treated, and 90% of them have an undetectable viral load.

The goals can be attained

The data collected in 168 countries show that globally more than two-thirds of all people living with HIV know their hiv status in 2016. Three-quarters of them receiving antiretroviral therapy. And better yet, more than 80 % of these persons living with hiv have an undetectable viral load.

Unaids also welcomes the reduction in the number of aids-related deaths: 1 million in 2016 from 1.9 million in 2005 . The number of new infections fall also, but at too slow a pace to stop the epidemic, she laments.
The outlook for 2020 are, in effect, 550 000 new infections per year. An effort will therefore be required in terms of screening, and in particular for young people and men who have sex with men (MSM).
The migrants have inadequate access to testing and prevention measures such as condoms, or pre-exposure prophylaxis.

In need of investment

And these efforts are not only needed in Africa. Europe and Asia have in recent years experienced a surge in cases. The number of new infections has soared by 60 %. The phenomenon affects in the first place Russia, but also Albania, Armenia and Kazakhstan.

In spite of everything, the Unaids remains optimistic. The progress made in recent years show that “the worldwide implementation of the three 90 by 2020 is both achievable and accessible if we attack with determination to the gaps in the cascade of testing and treatment of HIV,” says Unaids. And provided that the investments are to depart on the rise, he warns.
Last year, the funding would have stagnated around 19 billion euros. However, it would take 7 billion more to curb the epidemic and achieve the goals 90-90-90.