Alain Juppe Cash defeat, joined by his wife and daughters … 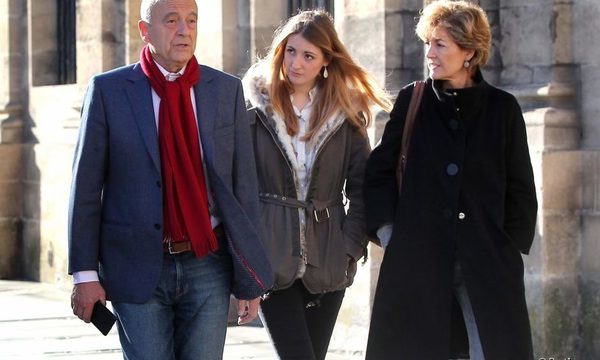 The mayor of Bordeaux will fully dedicate himself to his city. 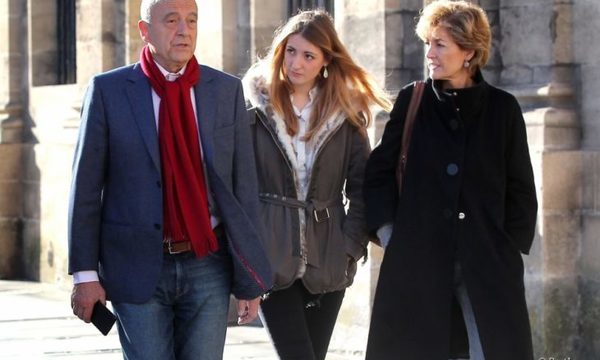 Given winner for months, and even announced as the next president, Alain Juppe finally saw his dream to fly. Beaten by François Fillon in the second round of the primary of the right and center , Sunday, Nov. 27, the candidate has fared in the aftermath surrounded by his family …
With only 33.5% of the vote in the second round, Alain Juppe has taken a slap in the polls after a campaign of two rounds during which he had yet fired arrows against his rival, portrayed as ultra conservative and liberal. Nothing did, François Fillon confirmed his triumphant comeback to the front of the stage with 66.5% of votes. At the announcement of the results, both candidates met with senior authority of the primary for a handshake immortalized by the cameras and to give the illusion of right rally. On his own Paris headquarters, Alain Juppé said: ” I bring it tonight my support to François Fillon, I wish him good luck for his presidential campaign, and victory in May (…) I close this campaign as I started, as a free man, who will neither compromised with what it is, nor with what he thinks. ”
Hours earlier, is accompanied by his wife Isabelle and her daughter Clara , Alain Juppe went to his polling station in Bordeaux, city of which he was re-elected mayor in the last municipal elections. The candidate was then seen at the airport with his two supporters and Charline, his stepdaughter, to return to Paris where the verdict proved ruthless … At 71, and after months of campaign, the elected Republicans probably took part in his last political battle … ” I will devote myself fully to my Bordeaux mayor task that gives me so much joy ,” said he said. The opportunity also to devote more of his time to his.