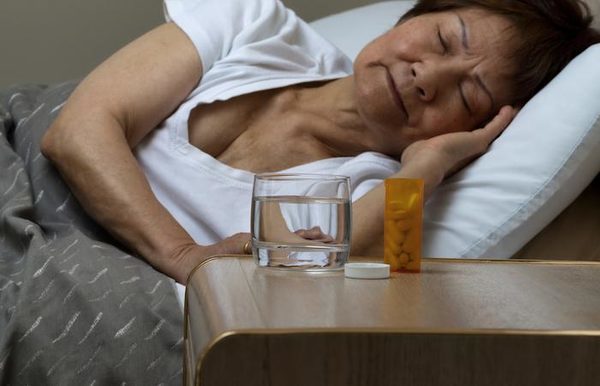 Nocturnal awakenings, hypersomnia… Alzheimer’s disease disrupts the sleep of those who are affected. But even before the first symptoms, the nights of turmoil could be a warning sign.
This is what is suggested by the university of Wisconsin in Madison (United States). His study, published in Neurology, shows a link between sleep disorders and bio-markers of the neurodegenerative disease.

For the goods of this study, researchers recruited 101 people in good health but at risk of developing Alzheimer’s disease. They were carriers of a gene promoting the pathology, or cases that had been reported in their family.
These volunteers filled out questionnaires on their sleep quality. At the same time, samples of cerebrospinal fluid (CSF) were collected.

This biological fluid is valuable because it can detect markers of Alzheimer’s disease. When clumps of the protein beta-amyloid or tau occur in the brain, these same proteins are found in the CSF. Their concentration allows to assess the stage of the pathology.

And in fact, the participants who suffer from sleep disorders often have more of these biomarkers and in larger quantities, compared to those whose nights are peaceful.
The concentrations of the proteins beta-amyloid and tau are higher. The cerebrospinal fluid is also home to more signs of damage at the level of brain cells and inflammation.

But some exceptions are noted. For example, volunteers with sleep apnea are not at increased risk of developing Alzheimer’s disease than the general population. The main author of this study explains that the researchers don’t yet know which disorder precedes which.