American Assassin: Dylan O’Brien ready for anything to eliminate his target in a new trailer! 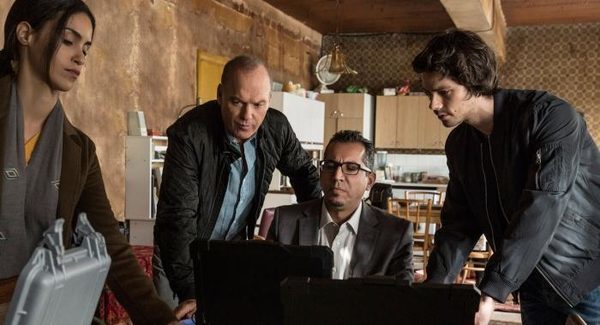 Dylan O’Brien and Michael Keaton return today in a new trailer of American Assassin, which reveals a little more about the plot of the film.

On September 20, Dylan O’Brien will return as a brand new character. That is Mitch Rapp, a young man who, having seen his girlfriend get murdered in a terrorist attack, decides to join the CIA to track down the criminals. First adaptation of the novels of Vince Flynn, American Assassin is like a kind of Bourne-like , where the heroes are as black and as ruthless as those they track . And we’ve already been able to get a little insight from the recent trailer of the movie, in which Mitch and Stan Hurley (Michael Keaton), the former trainer, are haunted by their past . But the new trailer of American Assassin that Melty’s editor suggests you discover today tells us much more about the plot and about the enemies that Mitch and his supervisor face. And be careful, it’s tense!

Dylan O’Brien gives a reply to Michael Keaton
This new trailer focuses on two points: Mitch’s hard, violent training under the watchful eye of Stan Hurley, who must allow him to face criminals of all kinds; And the tracking down of a particularly dangerous terrorist . And for good reason, the man, who calls himself Ghost and who is incarnated by Taylor Kitsch, apparently was trained by Hurley to become a CIA agent. Before turning against the US agency and government. In other words, he is going to prove to be an enemy more than formidable, especially if, as the trailer says, he manages to get a whole load of plutonium. But this new video also focuses on the up-and-down side of Mitch’s character , Ready to do anything to satiate his revenge – even if he disobeyed his supervisor. Clearly, American Assassin promises to be intense and violent, either because of his characters or his action scenes (what is this story of boats in a mini-tsunami ?). What is certain is that we will find Dylan O’Brien, who said goodbye to Teen Wolf , in a role much darker than what he has accustomed us!