An MRI giant to explore the depths of the brain 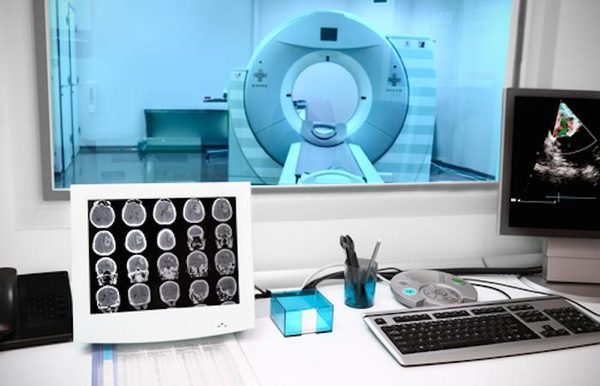 Five meters of diameter and five meters long. Here are the measurements of the largest tool resonance Imaging (mri) medical (MRI), the center for research in neuroimaging brain Neurospin, based in Saclay (Essonne) has been available to celebrate its ten years of existence.
Presented on July 6 at the press, this giant magnet is unique in the world requires the intervention of a team of over 170 researchers for its implementation in the road.

The device has been designed in partnership with the project of a franco-German Isolde, a collaboration between the CEA, Guerbet (manufacturer of contrast agents for imaging), university of Freiburg (Germany) and the manufacturer Siemens.
It took 10 years to shape this giant magnet of 11.7 teslas (unit of measure of magnetic induction). A power almost four times greater than that of MRI scanners standard 1.5 to 3 tesla, which allow you to observe millions of neurons.

“At the other end of the spectrum, we also have to NeuroSpin, for the research, an MRI scanner 17 teslas, which lets you see the neurons individually in the animal. We lacked an intermediate scale, ” says Denis Le Bihan, founder and director of NeuroSpin.

According to the scientists, this new field of exploration of the brain would allow to study the cerebral cortex in depth, the thin layer of tissue that houses the cognitive functions of the human brain. In 2016, the results of a study by MRI at 3 T of a american consortium of the Human Connectome Project have shown that areas of the cortex were divided into 200 areas, each corresponding to a cognitive function.

Denis Le Bihan intends to go even further in discovering other regions of the brain (also known as “areas of Brodmann), in order to better understand the neurological pathologies or psychiatric disorders such as Alzheimer’s, epilepsy or schizophrenia.

“With this instrument, the vision of the brain could radically change. Thanks to the high-resolution images, we hope to see the first amyloid plaques characteristic of Alzheimer’s disease. This would allow for a diagnosis very early, ” hopes Denis Le Bihan.

First trial on patients in 2019

But before you achieve such results, the MRI 11.7 T has a long way to go. Once started, its magnetic field will be increased in a phased manner, in order to verify that everything works correctly.

When this step is approved, the institute NeuroSpin must obtain the authorization of the national security Agency of medicines and health products (MSNA) to test the machine on patients. This procedure may take several years, the team of the CEA hopes to get the green light, ” by 2019 “.