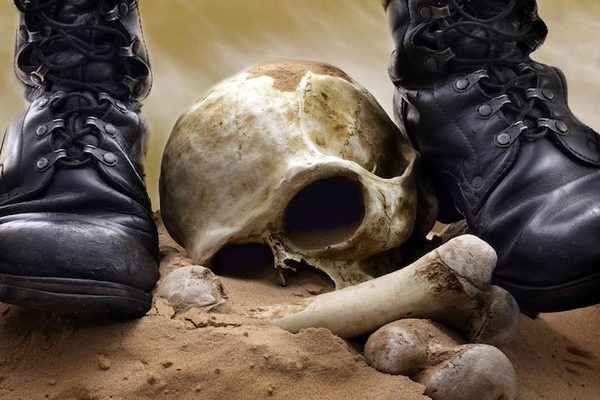 In a study conducted at the university Mc Gill, Canada, propranolol, a drug aimed at cardiovascular and used in coronary artery disease, congestive heart failure and high blood pressure, would be effective also in the syndrome of post-traumatic stress disorder, in combination with psychotherapy, cognitive-behavioral therapy.
In this syndrome which may appear after a war, a rape, an attack, a disaster or, simply, an accident, the suffering is related to a memory or a reminder of the traumatic event particular memory which persists over the long term if it is ” consolidated “. The PTSD is a disorder resulting from a disorder of the memory related to the reconsolidation of traumatic memories.
However, according to the study, which was published in the American Journal of Psychiatry, propranolol would be able to interfere with this process of reconsolidation of the traumatic memory, and thus degrade the ” memory trace “, which is stored in the memory.

Effectiveness of propranolol against the stress

Propranolol, a beta-blocker of noradrenaline, is an old molecule very effective in cardiovascular diseases such as coronary artery disease, congestive heart failure and high blood pressure. She works on different receptors, some of which are located in the autonomic nervous system, which has led to a diverted use to manage the stress of exams and public performances.
In the syndrome of post-traumatic stress disorder, canadian researchers had shown that propranolol crosses the blood-brain barrier to go into the brain and prevent the process of reconsolidation of traumatic memories. Indeed, it is admitted that memory statements can become labile before being reconsolidés and that propranolol disrupts this process and prevents the solidification of the memory.

Propranolol enhances the effectiveness of psychotherapy

In their study, the canadians have tested the interest of propranolol in combination with psychotherapy, cognitive-behavioral therapy.
It was a double-blind study versus placebo was performed in 60 adults with a syndrome of post-traumatic stress already old. This syndrome was secondary to different traumatic events such as physical assault, a rape, a car accident, life-events related to the war (captivity or injury)…
Propranolol was given, once per week for 6 weeks, and 90 minutes prior to a session of psychotherapy, cognitive-behavioral, designed to reactivate the traumatic memories to work on it.

At the end of the 6 weeks of the study, the symptoms of post traumatic stress, assessed by the physician on international CAPS, have been more reduced in the group with propranolol than in the placebo group with a significant difference of 11.50 points. According to the assessment carried out by the patient with a 2nd scale, the PCL-S, the difference reaches 14,58 points, and she was again significant.
It should be noted that this analysis was carried out according to criteria that are extremely strict (intent-to-treat, that is to say that each patient is analyzed in the group randomized to origin, that it to follow or not its processing).
According to the examiner, the overall improvement in excess of 40% in the group of propranolol against less than one-quarter in the placebo group. According to the patients, this improvement is even more important.

A confirmation about the long-term

Already suspected in studies of less good quality, the effectiveness of the combination of propranolol and psychotherapy cognitive impairment is widely demonstrated in the short term in this good quality study and the small sample size reflects the importance of the therapeutic effect. It remains to replicate these results in other studies and especially to check that these good results are maintained over the long term.

In France, a larger study (400 patients) has been put in place with the same molecule on the victims of the bombing of Nice. Due to a delay in recruitment of patients, this study could be extended to other victims of the disaster.