Andreja Pejic: The top trans, sublime, on a beach in Miami 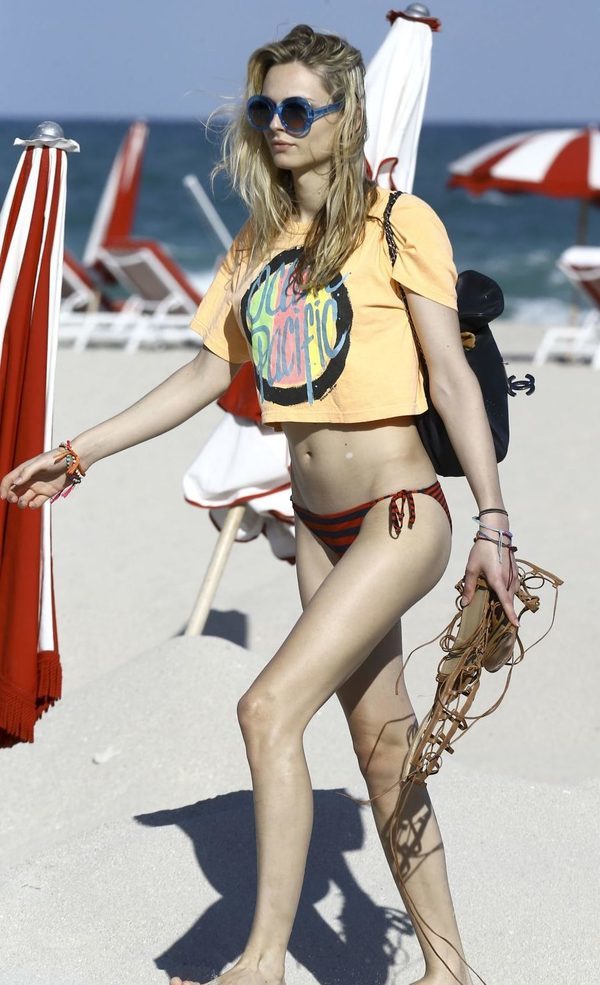 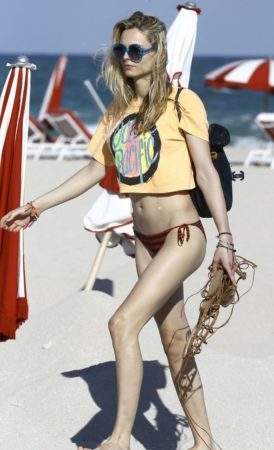 On Sunday, December 4, 2016, Andreja Pejic had not really head to make his Christmas gifts. It is on a Miami beach, the sublime top 25 trans spent part of his day.
Down red bikini and yellow crop top to the very 80’s motif, the Australian-Bosnian model was simply sublime. The photographers were quick to immortalize as she left the beach, sandals in hand, behind big blue sunglasses.
There are few more years, Andreja Pejic, born Andrej, pushed androgyny shows men at its peak. The one who was still a young man caught the eye very great designers like Jean Paul Gaultier , Paul Smith and Raf Simons. Andrej paraded among both men and women, a revolution. In January 2011, Andrej ranks 11th among the male models that count.
She continued her career at the top until 2014, when it organized the financing of a documentary about his childhood, his coming out and trans transition . The site of the LGBTQ magazine Out , she finally said: ” The fact that I was androgynous mannequin does not make me less of a woman now, and I am proud of my journey You should not be ashamed of your past to create. your future, and you can be proud of who you are. ”
In March 2015, the American magazine Vogue draws his portrait and Andreja is the first model to receive this honor trans. Magazines ELLE , Photo , L’Officiel , Marie Claire or the fashion supplement New York Magazine did it ask about their coverage.