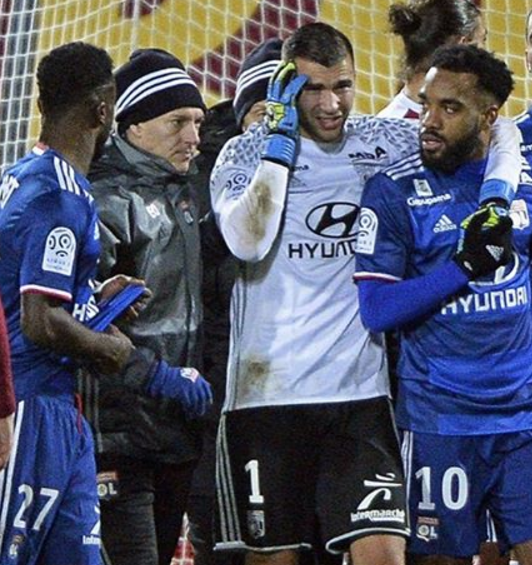 The unacceptable behavior of supporters dismayed … 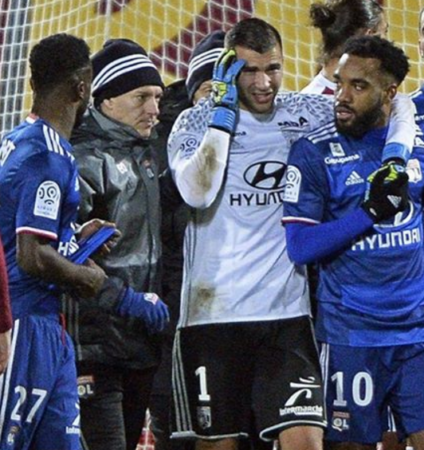 The images shocked, and for good reason. Saturday, December 3 FC Metz received the team of the Olympic Lyonnais as part of the 16th day of Ligue 1. While Lorraine yet led 1-0, some Metz supporters are violently taken guardian of the OL in the first half, the young Anthony Lopes.
Touched by a first time by firecrackers jets to land, the Franco-Portuguese player of 26 years was again referred. Surrounded by his teammates, Anthony Lopes tried to run away with the projectile explodes in vain. Outraged, Lyon but also Metz then ordered supporters to stop, while the referee chose to stop for good meet.
The video of the assault Anthony Lopes attacked by firecrackers was quick to go around the web, causing widespread indignation.
Supported by his club, its supporters and more, the young guard gave his news the day after the game, Sunday, December 4, on Instagram. Anthony Lopes has sought reassurance: ” After the last night emergencies and having consulted this morning an ENT specialist, Dr. Giroud, I wish to reassure everyone I suffer from traumatic deafness will have no effect on. my future. I am under treatment for two weeks. Thanks for your support , “he shared. OL by doing the same by way of a statement.
Several players of Olympique Lyonnais have supported their keeper on social networks, including Mathieu Valbuena who sent a ” good luck ” on Instagram.
FC Metz risk heavy sanctions, including financial. The Professional Football League has already promised it would be ” uncompromising in the suite that will be given to this matter .”
Olivia Maunoury