Antoine Griezmann: New photo of his daughter, for his first Christmas to three 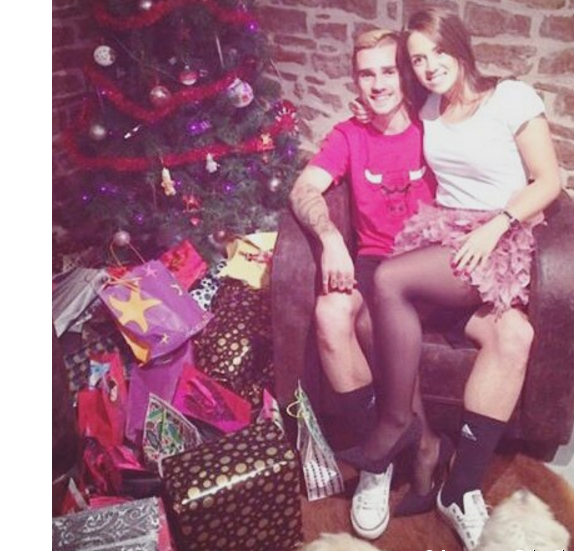 It is only the second time that the young footballer shares a shot of his little Mia. 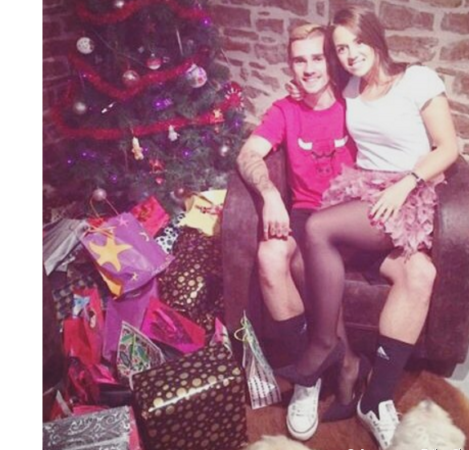 Antoine Griezmann has received the greatest gift in 2016: the birth of her first child , a daughter named Mia.
Having become a dad at the beginning of April, the famous 25-year-old French footballer had spent months before sharing his daughter’s very first photo. It was finally in October Antoine Griezmann had taken the plunge by spreading a photo of Mia when she attended one of its training with the team of Atletico Madrid. Although wrapped the baby girl appeared only back …. Even staging for Christmas.
After an express return trip to New York, Antoine Griezmann found the two women of his life to spend the day with his family. Impossible to miss this first Christmas to three. Filled with happiness, the French striker hoped for a “Merry Christmas” to his 7.4 million subscribers on Instagram, offering them the second picture of his little Mia, 8 months.
The head decorated with a headband on which enthroned two Santa Claus, the little girl poses of back in front of a big pine tree. She is surrounded by her parents, Antoine Griezmann and her companion Erika Choperena. Both wear father and mother Christmas hats for the occasion. A beautiful family moment immortalized in black and white.
MOMENT OF GLORY AT MADISON SQUARE GARDEN
A few days before Christmas, Antoine Griezmann saw one of his dreams come true: meet Derrick Rose, the NBA star who plays with the Knicks. Great privileged, the attacker was able to exchange his jersey with that of the American basketball player on the floor of the Madison Square Garden.
Antoine Griezmann then had the right to a moment of glory during the game between the Knicks at Orlando Magic team on December 23, which resulted in the victory of the team in New York.
During the game, the young footballer saw one of his best goals thrown on the giant screens, the cameras then zooming in on him, provoking the ovation of the audience of Madison Square Garden. ” It was the fire ,” said Grizi on his Instagram page.