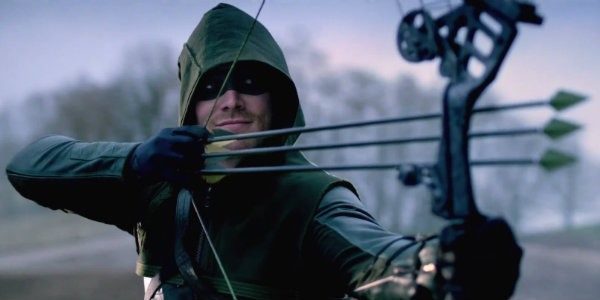 While Arrow season 6 is still very blurry for fans of the series, SPOILER is alive and well and we have proof!

A new clue! Yes, the meltynauts, the final minutes of the Season Finale ended on a huge cliffhanger and all our favorite characters were in danger of death. It must be said that the explosions triggered by the death of Prometheus were of rare violence and that we can only doubt the fate of the Team. While Melty’s editor announced that Stephen Amell had confirmed the return of Manu Bennett aka Deathstroke in Arrow Season 6, another actress will be in the game. If we were not very worried about her, Marc Guggenheim had managed to put us in doubt in the head by confiding that everyone was in danger including those who had been promoted regular for the sixth season.

But all our questions have now found their answers since Katie Cassidy recently posted a behind the scenes photo of the show on her Twitter account. We see her getting her hair done and make up probably just before shooting a scene for the new chapter of the adventures of Green Arrow. That helps us! It would indeed have been a pity to bring Katie Cassidy back and then kill her again. It remains to be seen how Black Siren managed to escape from Lian Yu before the explosions and the dynamics that will link to the Team from the beginning of the school year. While waiting for more info, do not forget to vote every day at the 2017 World Cup.