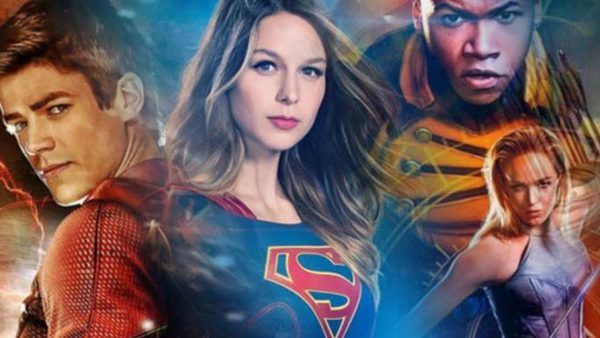 While the CW DC Comics castings will be coming soon to the San Diego Comic Con, new spoilers have just been unveiled!

The Comic Con is approaching! And with it, there are plenty of crisp spoilers that we will have the chance to discover. We must say that our heroes have missed us enormously since they left us to enjoy their summer hiatus. Fortunately, this event will allow us to find them very soon. While Melty’s editorial tells you that SPOILER was living in Arrow Season 6 and that we had proof of it, the EW site has unveiled some details that we must absolutely know before launching the San Diego Comic Con 2017. Are you ready? Let’s go !
arrow

If Marc Guggenheim and his team remain downright evasive about the survivors of Lian Yu ‘s explosions, they recently said that death was not the worst thing that could happen to our favorite characters on the CW: “There’ Other consequences that may occur as a result of the events of 5×23. ” The executive producer also teased a metamorphosed Oliver: “Oliver will be a completely different man after the explosions, he will use his experience to become a true mentor!” In addition to the return of Manu Bennett and a character disappeared since season 1, this new chapter looks intense.
The Flash

According to the latest information, we will find our favorite heroes after a jump in six months. Presumably, Barry will always be stuck in the Speed ​​Force and Wally will have a lot of work since he will be the only one capable of protecting Central City. DeVoe could have already been invited to the city. If you believe the recent tweet of a production member (erased since), the title of the Season Premiere would be “The Flash Reborn” and could therefore focus on a Barry become Black Flash after his sacrifice, He must train new human meta following the transformation of the inhabitants of Central City into Speedsters?
Legends of Tomorrow

If Rip Hunter has decided to leave the Legends, that does not mean he will not be there. Quite the contrary, since it will put spasms in the wheels of our heroes. Indeed, after crossing their doubles, the Team members will have the heavy task of repairing all the temporal aberrations they have caused. But Rip Hunter and his office of time will question their very unusual methods. With two new members on board the Waverider, we should see more historical figures in order to focus on a part of their unexplored past. Fun will be back again next season!
Supergirl

Remember, we discovered at the end of the season that another child of Krypton had survived the destruction of the planet and it will be Reign. Genetically engineered, this Big Bad is a terrible killer who operates in all the worlds. Threatened threats await our heroine but that is not all since the producers remain silent about the future of Mon-El but according to the rumors, it might well be stuck in ghost zone. In any case, Chris Wood should be back. Finally, with the arrival of Erica Durance in the role of Alura, it is quite possible that the mother of Kara is still alive while the couple formed by Alex and Maggie seems in great danger.
Black Lightning

This is the most awaited series of fans of the series of superheroes as it proposes a new concept extremely sympathetic. Thus, Jefferson Pierce was a badass hero who did his best to eradicate the corruption of his city but his double-life ended up having very negative effects on his family. In order not to lose her, he decided to hang up his costume. But more than ten years later, nothing has changed and he will have to resume his pseudonym of Black Lightning to protect his loved ones. We add a girl who discovers powers and a Big Bad who will occupy the whole season (no villain will be present for the week) and we are already hurried. But then, will he or she not leave the Arrowverse?