Avian influenza in the Morbihan : what are the risks for humans ? 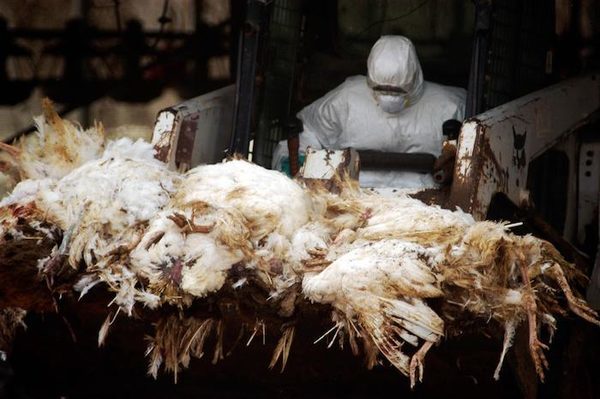 Three outbreaks of lpai have been detected Sunday, 4 February, within the three flocks of ducks located in Arzal, Plumeliau and Serent, Morbihan. The prefect of the Morbihan, ordered the packaging of 25 000 birds involved, and the restriction of their movements within a radius of 1 km, accurate France Bleu Armorique. The road that leads to the three farms has been closed and placed under the surveillance of the police. The ducks infected will be slaughtered soon in order to avoid any risk of transmission or transfer. The operation is already in progress in the municipality of Arzal, where 8700 ducks are on the verge of being killed.

“The Chamber of agriculture and the departmental directorate of Territories and the Sea are following closely the situation of farmers affected and the consequences on their activity,” says the prefecture of the Morbihan. She reassures : “the identification of this virus that infects wild birds and domestic birds, without a threat to the man, has not of an exceptional character, and her circulation is known.”

Is avian influenza dangerous for humans ?

Birds and particularly ducks, are often asymptomatic carriers of the avian influenza, also called “avian influenza”. Transmissible between poultry, it is, however, more rarely of mammals and man. In Europe, no cases of avian flu have been reported in humans. The rare cases are reported in Asia in farmers in close contact with the sick birds.

In 2004, a strain of the H5N1 virus, in certain regions of Asia and North-east Africa, has been highlighted due to its transmissibility to man. The first known appearance of this type of flu in Humans occurred in Hong Kong in 1997, in a chicken farm. Eighteen people were infected, of which six are deceased. In January 2004, a new emergence of H5N1 flu has affected the poultry industry of Vietnam and Thailand, leading to the slaughter of 40 million chickens and leading to the death of 23 people.

“The majority of human cases of infection are associated with direct contact with animals or contaminated environments, but they do not cause human to human transmission efficient of these viruses, says the world Health Organization (WHO). There is no evidence that avian influenza viruses or other influenza viruses zoonotic, can be transmitted to humans through properly cooked food”. But WHO concedes that “the avian flu and other influenzas to zoonotic” can, in some cases in humans, lead to “events that can range from conjunctivitis (pink eye), benign lung disease with severe, sometimes fatal”.