Back pain in the morning or relieved by NSAIDS : pay attention to the spondylitis ! 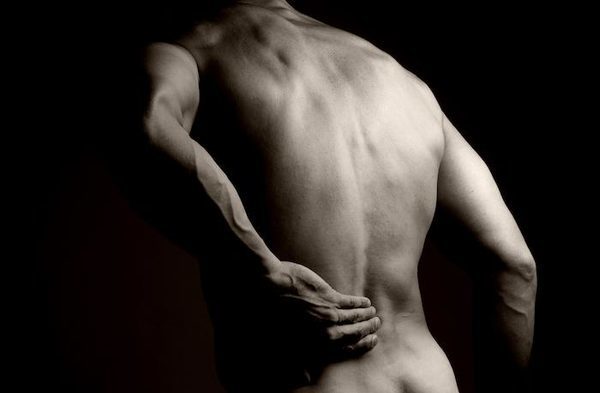 Back pain is one of the leading reasons for consultation in France : 7 out of 10 people will be affected by this problem during their life. In the majority of cases, it is a low back pain so-called ” common “, by the deterioration of an intervertebral disc or secondary to osteoarthritis (oa), or 2.
But in 5 to 10% of cases, these pains, especially if they are trolling or recurrent, are assigned wrongly to a physical effort or a work of ” at-risk “, so that it is an inflammatory disease of the spine : a ” spondylitis “.

When a low back pain recurrence is too frequent or lasts more than 3 months, especially in a person under 45 years of age, whether a man or a woman, it is appropriate to ask the question of a spondyloarthrite and carefully analyze the characteristics of the pain by asking the right questions : “what time my back suffered the most in the day : in the morning or in the evening ? “, ” Is this the NSAID normal dose me relieve at least 50% in less than 48 hours ? “, ” Is this that I am especially stiff in the morning stiffness that improves after more than a half-hour ? “, ” is my father or my mother or my uncle… was complaining of a pain about the same ? “.
If the answer to the 1st question is ” in the morning “, if this pain may be responsible for a revival in the 2nd part of the night or in the early morning hours (pain – ” wake up call “), if it is accompanied by morning stiffness in the back that lasts for at least half an hour (” morning stiffness “) and fades later in the day with the movements, if his father or his mother suffer from a pain same, we must ask the question of a spondylitis and to go speak to the doctor.

A “too high sensitivity” to NSAIDS

While most studies demonstrate that anti-inflammatory drugs non-steroidal are not effective in the low back pain common, some people who suffer with back pain are much improved by NSAIDS and take this treatment repeatedly for years… because it works, thereby delaying the diagnosis.
If this pain is relieved at least 50 % within 24 to 48 hours by a simple anti-inflammatory non-steroidal, the question of the existence of a low back pain inflammatory no longer arises, and it will require that the treating physician look for signs in the patient and in his family, and request an x-ray and MRI of the joints sacroiliaques.
These reviews will help to support the diagnosis in one case on 2 and it will be necessary to send the patient to consult a specialist in rheumatology to affirm this diagnosis delicate, specify the type as it is and start the treatment finally effective.

A too long delay diagnostic

The spondyloarthrite was once a disease responsible for ossification of the spine, and therefore ” easier “, but with the improvement of hygiene conditions and treatments, patients today have more often than not damage x-ray-specific during the first years of the disease. This complicates the diagnosis for the doctors non-specialists. Worse, as it is mostly men young and active, an issue of dissection of the banal can be seen incidentally on x-ray, which further complicates the diagnosis.
Finally, in the absence of a biological marker that is simple to use (HLA-B27 does not exist in all patients, and is found in 7% to 8% of cases in the general population in good health), the patients self-persuade and convince their doctors that they have a low back pain common with simplistic explanations for their pain : “I just moved “. “I’ve made a wrong move “. “I need to change my mattress “. The disease has also the reputation of touching men, while it also affects women, in a form, often even more difficult to diagnose.

The latest research on spondylitis have shown that it is possible to put it into remission, either with the use of NSAIDS according to a specific protocol, or if this does not work, with ” biotherapy “, of antibodies directed against different molecules of the inflammatory cascade (TNF-alpha, interleukin 17, interleukin 12/23, phosphodiesterase-4, etc.). This is particularly important because it not only protects the sick of the appearance of bone lesions or ankylosis, it significantly improves their quality of life, and this also reduces the risk of cardiovascular diseases, which are caused by the inflammatory disease. Finally, the treatment, is not necessarily definitive, a study presented at the last congress showed that patients who were in remission deep with a biotherapy could consider the pause at the end of a certain period of time.

A major european survey on the spondylitis begins in Europe. It is important to improve the understanding of the disease in its early stages and its treatment. If you have back pain that you wake up early in the morning, that you are very stiff in the morning, that is relieved by NSAIDS and that some people of your family suffer in the same way as you, see your doctor to specifically look for a spondylitis.