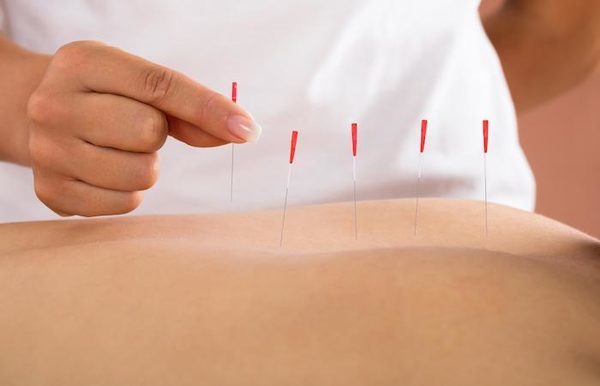 If the acupuncture, a centuries-old method coming from China, has been proven to treat numerous pains, such as migraines, fibromyalgia, or back pain, it could also be beneficial to help relieve joint pain in patients with breast cancer of early stage. This is what is suggested by a recent american study presented in the framework of the “San Antonio breast cancer Symposium” in Texas.

Treatment with hormonal therapy intended to treat breast cancer belong to a class of drugs called aromatase inhibitors (AI), which have the role to block the stimulatory action of estrogen on cancer cells. Used to 80% for cancer of the breast, these drugs cause many side effects, including pain in the joints.

Effect of relief extended on 24 weeks

Conducted by Dr. dr. Dawn Hershman, director of the Program in breast cancer at the cancer centre of the university of Columbia in New York, the study was conducted on 226 postmenopausal women with breast cancer of early stage. They were then divided into three groups. Only one of the three groups is seen to offer several sessions of acupuncture over a period of 12 weeks, with two weekly sessions during the first six weeks, then one session per week. At the end of the experiment, the researchers found that the patients were experiencing less joint pain in the arm which had received a real acupuncture session. According to the authors of the study, the patients concerned have felt that relief for a period of 24 weeks.

“This work clearly shows that acupuncture helps to obtain better results in these patients,” says Dr. Katherine Crew, director of the cancer prevention program the breast clinic at Columbia university and a researcher in the study team. The latter hoped that these new results influence the medical practice, and that the sessions of acupuncture may be prescribed as part of treatment with hormone therapy are included in the reimbursement policies of health insurance.