Buddha blues, the new e-liquid that is very toxic to vape 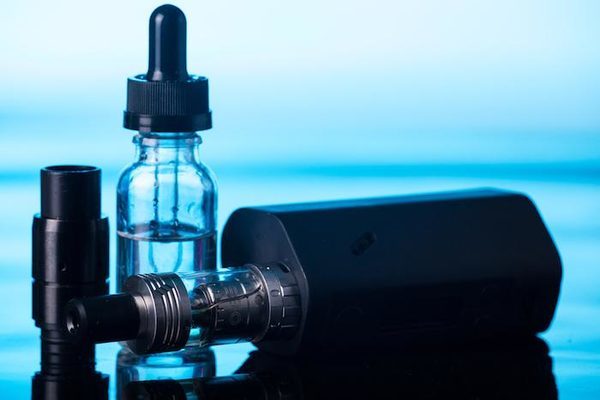 Sold as an e-liquid for electronic cigarette, the “Buddha blues” would be composed of a cannabis of synthesis whose effect would be equivalent to a concentration of 95% THC (or tétrahydrocannabidiol), the active principle of cannabis. At this dose, this compound would have an effect of psycho-hallucinatory. In Brest, the investigators have arrested a young importer of 17 years and three resellers.

The “Buddha blues,” available on the Darknet

The small vials of blue turquoise have been purchased very simlement and for only a few tens of euros on the ” darknet “. Many students are minors of a training centre in Brest have used it in early December and the police were alerted by the head of the school in front of the devastating effects.
Paralysis, tachycardia, disorientation, hallucinations, paranoia… some students had to be hospitalized. Sold as an e-liquid that is to glide, the “Buddha blues” is very powerful and causes hallucinations and a severe discomfort : a knockout full of adolescents.

The vial e-liquid blue have been entered to be expertised. It is not yet clear which product it is exactly, but it is very probably a derivative of synthetic cannabis, such as the police has already seized in France, with an activity very powerful. The worst is that these products are not necessarily illegal : either they are unknown to the services of toxicology, they are in a fuzzy category at the legal level, which enables fans to obtain almost legally. It is the cannabidiol is legal in France if it is in the form of medicine. However, to this day, as there is still no medicine of the kind in France, the vendors of various e-liquids are sunken into the breach. Even if there is no evidence, to date, the lack of damage that these products may cause. And the health authorities are somewhat overwhelmed by the speed of availability of new molecules, as soon as the former are classified as illegal.

An alert of the Academy of Medicine

In recent years the phenomenon has grown to the extent that the Academy of medicine has decided to pull the alarm. A young French person out of two who died in a road accident had consumed cannabis, or one of its derivatives, and the use of this substance is often associated with mental disorders, such as schizophrenia. A concern based on the fact that many young people begin to consume cannabis at the age of 12 years.