Cancer : a blood test promises to detect at an early stage 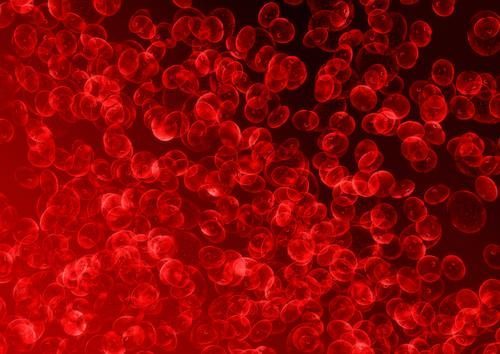 Cancer is a race against the clock. The more it is detected early, the more it is curable. When the initial tumor has metastasized, it is very rare that medicine can do better than postpone the deadline. The early detection of cancer is therefore the holy Grail of the cancer, especially if it can be risk-free and pain-free.

It is in this perspective that fits the study recently published in Science Translational Medicine by researchers from the John Hopkins university (United States). Thanks to new method for the detection of tumor DNA in the blood, they are able to detect 62 % of cancers early in 138 patients.

“This study shows that it is possible to identify the cancer at an early stage by using the changes of DNA in the blood, and that our sequencing method of high accuracy is a promising approach to achieve this,” explains professor Victor Velculescu, an oncologist at John Hopkins university and author of the senior of the article, in the press release.

To identify tumor DNA in the blood

The technique used is known : the liquid biopsy for the detection of DNA circulating. It is to analyze the blood circulating freely in the blood in search of tiny fragments of DNA from one or more tumors. In effect, the tumour cells carry mutations characteristics, which allow them to proliferate outside the control of the organization.

That is the theory. Very promising, the liquid biopsy is fraught with a fundamental problem : to detect DNA strands with cancer in the DNA healthy, it is almost like finding a needle in a thousand haystacks. For the time being, it is especially to identify the mutations… that has been already identified by a biopsy classic. In other words, one can monitor a patient already diagnosed but not yet detect the disease, upstream.

Each strand was sequenced 30 000 times

To resolve this problem, researchers at John Hopkins have developed a method of “sequencing-targeted correction of error” (targeted error correction, sequencing, TEC-Seq). It consists of multiplying the sequencing in light to overcome the hazard statistics : each strand of DNA is read and reread… about 30,000 times.

Thanks to this method, the liquid biopsy achieved a sensitivity is acceptable for detecting early cancers. On 138 patients with cancers localized, 86 have been identified. The detection rates were 59 % in the cancers of the breast and lung, 67 % in the ovary and 71 % in the colon. No false positive has been reported, what is important to expect to get a reliable test.

Obviously, the method requires an enormous number of calculations. It is, therefore, very expensive. But target duplication and building on the decrease in the price of sequencing, the researchers say they are confident about the fact that it could one day be industrialized. It would thus become possible to monitor, by a simple blood test, at-risk subjects such as smokers or women with a mutation BRCA. A small revolution.