Caroline of Monaco with his daughter Alexandra and Karl: Two princesses at Chanel 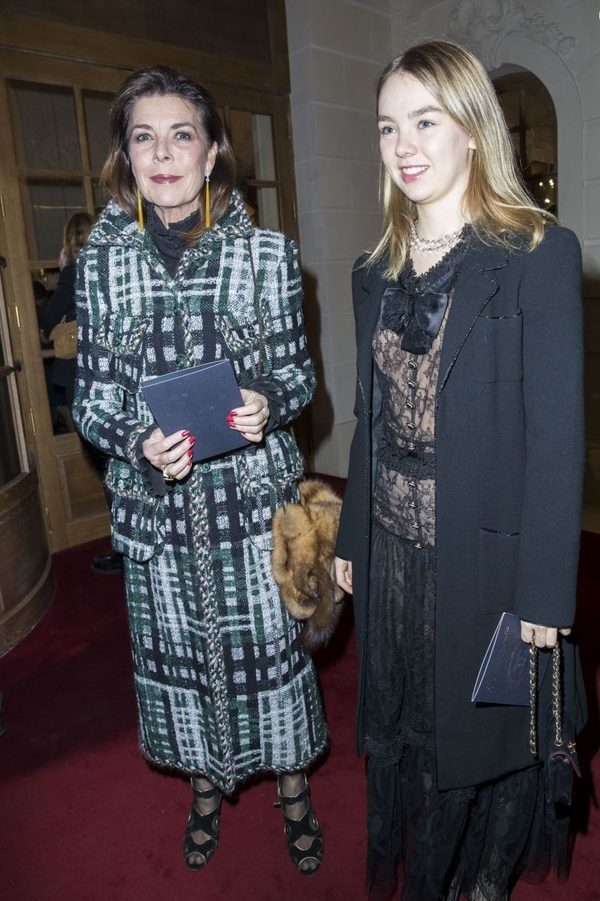 The beautiful Princess Alexandra of Hanover as his mom … 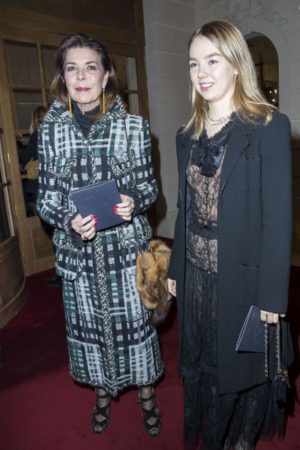 Rare, Princess Caroline of Monaco was among the special guests who attended Tuesday, December 6 at the new parade of Crafts 2016-2017 Chanel. The appointment was given to the Ritz , the famous Parisian palace just reopened after several years of work, place Vendôme, in the 1st district. A place closely linked to the history of Coco Chanel, who lived there for thirty years. The sister of Prince Albert of Monaco was accompanied by her youngest daughter, Princess Alexandra of Hanover .
17 years old, Alexandra is the fourth child of Princess Caroline. His father is the boiling Ernest Augustus of Hanover. The girl has three half-siblings of the Monaco side of his family: the beautiful Andrea (32 years), Charlotte (30 years) and Pierre Casiraghi (29) whose father was the second husband of Caroline, the late Stefano Casiraghi. Discreet, Alexandra made her first steps into the world at the Rose Ball in Monaco in 2016 , a charity event for the Princess Grace de Monaco Foundation. This edition, on the theme of Cuba, was orchestrated as this parade of Crafts, by the artistic director of Chanel, Karl Lagerfeld .
A LONG FRIENDSHIP
After the parade, Princess Caroline was delighted to find that she has known for so long. In an interview in the latest issue of Vogue Paris , for which Karl poses with Lily-Rose Melody Depp cover, Caroline returned to their meeting in the mid-1970s during a photo session, and their great friendship ” I must have been 16 and a half years. (…) it was place Saint-Sulpice, in the beautiful art deco apartment Karl. That I remember very well. Here’s how I knew him. ( …) You can not define a relationship like that. This is someone who has so much to me that this is so. It is like a family member. He influenced and enriched, the list of what he gave me is long. it’s someone absolutely central in my life, that’s for sure, but I must not be the only one to say that. ”
Tuesday night at the Ritz , the two friends are found. Caroline, who is also Princess of Hanover, also made the warm meeting with Pharrell Williams . The interpreter of the tube Happy is a friend of Chanel since Karl chose to embody a prince in the parade Art craft given in Salzburg in December 2014. With Baptiste Giabiconi or Brad Kroenig – whose son Hudson is the godson of the creator and has again been the darling of the show – Pharrell in Chanel from head to foot, is one of the few male ambassadors home.