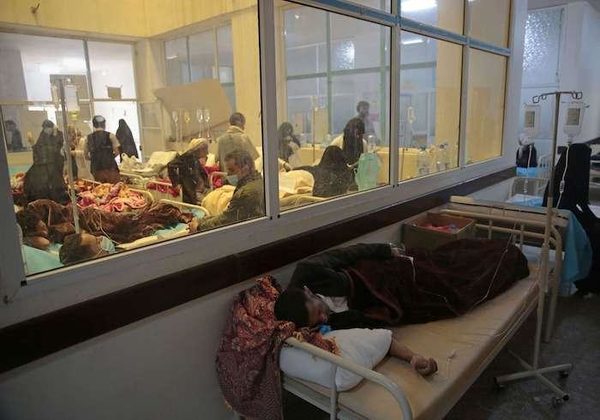 The United Kingdom and the United States have played a “crucial role” in the emergence of the cholera outbreak in Yemen, which has already contaminated a half-million people since the month of April.
In a letter published by the Lancet, researchers from Queen Mary University (London), accused the two States to create conditions of destabilization to the origin of this major health crisis in Yemen.

The rebels are the target for the last two years of a campaign conducted by a coalition. This coalition, led by Saudi Arabia, has received logistical and political support from the governments of the uk and us, underline the researchers. The firms in england have continued to sell weapons to Saudi Arabia despite growing concerns about the civilian casualties linked to air strikes the coalition.

“The two parties are accused of ignoring the well-being of the civilian population and violate international humanitarian law, as the researchers explain, Jonathan Kennedy, Andrew Harmer, and David McCoy. But the government [in yemen] and the coalition led by the Saudis have a lot more resources. As a consequence, the areas controlled by the Houthi have been disproportionately affected by the conflict, which has created conditions favourable to the spread of the epidemic “.

The researchers therefore underline that the air strikes of the coalition have destroyed vital infrastructure – hospitals, public systems of water distribution… – and residential areas, have forced populations to move and pile up in appalling sanitary conditions. The blockade imposed by the coalition on imports and caused shortages of food, medical supplies, fuel and chlorine, and restricted humanitarian access.

Some 5000 cases of cholera occur every day in this war-ravaged country. Providing logistical support to the coalition, the United Kingdom and the United States are partially responsible for what are now classified as the worst cholera epidemic in the world.