Chronic diseases : a few extra pounds is enough to increase the risk 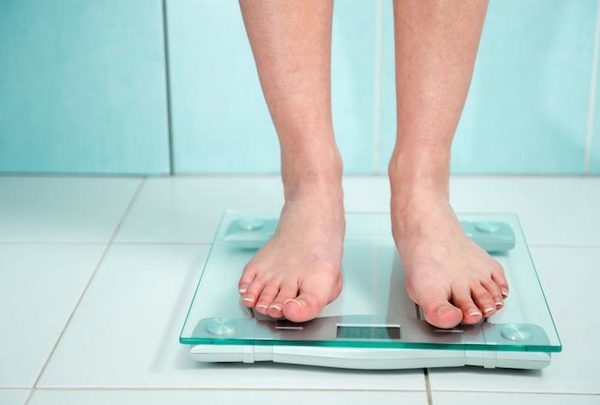 The extra pounds accumulated from the beginning of the adult age and the fifty weigh on the health of the heart, warns a us study published in the scientific journal JAMA. Weight gain is harmful even if it is moderate.

The researchers from the university of Harvard (United States) have, in effect, shown that the men or women who took between 2 and 9 pounds before the age of 55 have an increased risk of chronic diseases, a reduced quality of life and are more likely to die prematurely. These risks would increase with weight gain.

They reached this conclusion by studying nearly 93 000 participants. The women were followed from 1976 to 2012 and the men from 1986 to 2012. During all these years, the weight of the volunteer was scrupulously noted. On average, women were nearly 10 pounds between 18 and 55 years, men about 8.6 kg.

Compared to participants who maintained a stable weight throughout their life, people who have gained weight, seem to be less healthy. They are more affected by diabetes or hypertension. They also obtain worse scores on tests of physical and cognitive abilities.

According to the analysis of the researchers, for 5-pounds taken between 18 and 55 years, the risk of diabetes type 2 increases of 30 %, the risk of being hypertensive, 14 %, and the risk of cardiovascular disease by 8 %. The study also highlights an increase in the risk of suffering from cancers associated with obesity such as cancers of the digestive tract. Result : the men and women who are not able to maintain their weight youth were 5 % more likely to die prematurely, and 17 % less likely to age in good health.

“Our study is the first to examine the association between weight gain between the late teens and the fifties, and the risks to the health, is the Pr Frank Hu, professor of nutrition and epidemiology at Harvard University, and responsible for the work. These results indicate that even a weight gain moderate to significant impact on the state of health “.

The researchers stress that the important impact is mainly related to the extra pounds accumulated over the years. Therefore, they recommend to pay attention to these few grams taken here and there which are not noticeable at the beginning. They also emphasize the importance of adopting a balanced diet and regular physical activity to prevent weight settle.