Cognitive decline : the serious game to stimulate the memory 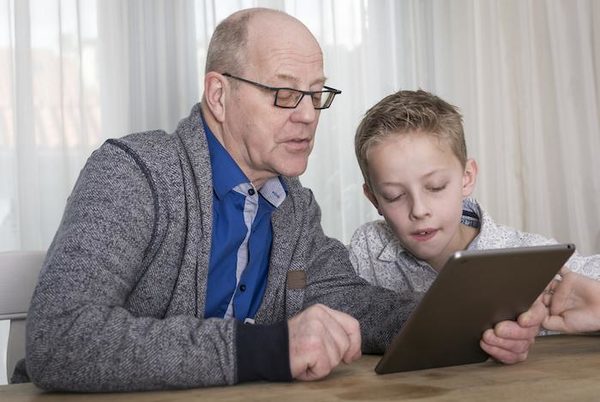 Fun and challenging, the serious game is required gradually in the service of geriatrics and neurology. Several scientific works have showed their interest in patients with Alzheimer’s disease. These video games allow, in particular, to improve their attention, to maintain skills useful in everyday life or slow down the loss of memory. A new study presented in the International Journal of Neuropsychopharmacology (1) reports, this time, they are effective in the early stages of dementia.

To test their application, neuroscientists from the university of Cambridge (uk) has selected 42 patients with mild cognitive decline. These participants were then divided randomly into two groups : one had access to the application developed by the researchers for 8 one-hour sessions spread over 4 weeks, and the other one did nothing to change his habits.

The game simulates a television game show in which players can win money. At each party, they must involve geometric shapes. The more the player gets good answers, the more the geometric shapes appear on the screen, which adds complexity to the game. The host of the game show is present in the corner of the screen to encourage the participants. The game ends if the player has given all the good answers, or after 6 errors.

After 8 hours of game play, the memory of the volunteers has improved of 40 % compared with the control group. Over the parties, the researchers also found that patients made less errors and hesitated before responding.They had held also more complex information easily than those who have not benefited of the game.

These results show that this serious game allows you to enhance the episodic memory of older people. This form of memory is very important in everyday life because it allows you to remember past moments, but also those of the next day. It is thanks to it that we remember where we left our car keys, or the place where is parked the vehicle.

In their study, the neuroscientists also report that the patients have enjoyed playing this game, and especially that they had not been tired throughout the experience. “It is important that the game is fun for participants to remain motivated and continue to use the game. Our application allows patients to customize the game, which makes it more fun and enjoyable, ” said professor Barbara Sahakian, one of the designers of the game.

Neuroscientists hope to continue their work with a group of participants more important and on a longer period of time to determine how long persist the profits. They would also like to test their game in patients with Alzheimer’s disease.

(1) This study was funded by the laboratory Janssen and Wellcome