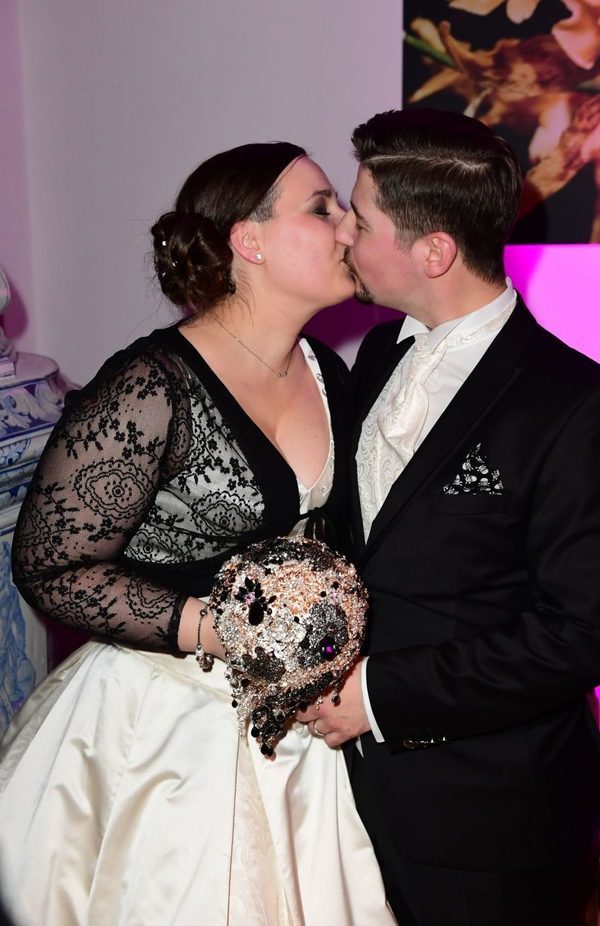 A spectacular wedding in more ways than one for this relative of the royal family of Sweden. 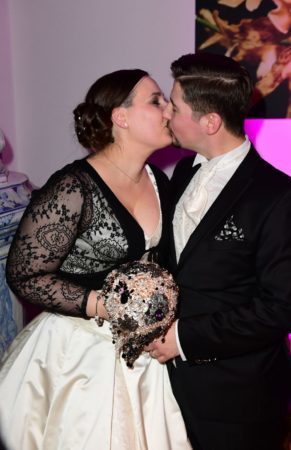 Two years after their betrothal and five months after their civil marriage in the German city of Constance (close to the Swiss border), Diana Bernadotte, Countess of Wisborg , 34, and Stefan Dedek, 27, celebrated with great pomp on Friday, January 13, 2017 their nuptials on the lake of the same name, specifically on the island of Mainau.
Divorced since 2007 after four years of a first union (with Bernd Grawe), the youngest of nine children (from two marriages) of Count Lennart Bernadotte of Wisborg, grandson of King Gustaf V of Sweden disappeared in 2004 to 95 years , Had found love with this chef 7 years his caddy in the summer of 2011, during a meeting in a bowling. Monsieur had begun to work the year before on the island of Mainau, where the Countess Diana and her family were anchored: it was in the castle of Mainau, the stronghold of the clan where Count Lennart and his second wife, Sonja, That the young woman, linked to the Swedish royal family, established in 2006 her workshop of hat designer.
A fashionable side that undeniably manifested itself in her bride-to-be look, at least rock n’roll: already the mother of two children (Paulina Marie, 12, from her first marriage, and Eric Hagen, 5 Diana, who arrived on board a Hummer limousine, was wearing a generously low-necked dress covered with a black coat (color also present in her bouquet) and a transparent bolero. Shaved hair on the side of the skull! An originality that was nevertheless the most beautiful of moms for Paulina, questioned by the magazineBunte , invited to the wedding and who has made a video report .
Medieval animation – including a fight with flaming weapons – in the castle courtyard and fireworks were on the program of the evening, very festive on the peaceful island popular with tourists. Those who were passing by at the same time must have had a great surprise.