“Condemned” due to a medical error, and Julien is back home… thanks to his mother 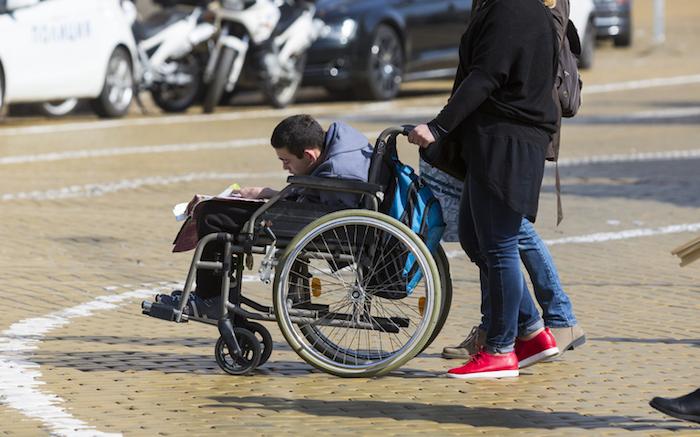 The story is tragically simple. Julien is a 17-year-old with multiple disabilities. It benefits from constant care and spends part of its life in a specialized unit.
One day, Julian suffers a fracture of fatique at the tibia. The medical team asks him a splint. A conventional procedure against which there is nothing to say. But it is from this act of medical significant that the history is going to become a nightmare for the child and his family.
Julien has significant difficulties to express themselves, and knows that the cries of the tears but also smiles and laughter when it is going well. This is what he will do when the pain in his splint will become more and more intolerable. First he will lose his good mood, and then will start to manifest more and more strong his evil.

Before the complaints of the mother, the child is sent to the hospital, or the reflex morphine a quiet time of the pain caused by a pressure ulcer that develops under the splint, pressure ulcer doctors not to diagnose, not because he did not examine it completely. But morphine is not the treatment of this wound on digging that develops under the harness. Julien, exhausted in front of the indifference of the world around them renoncerà fight, and knows no other reflex than to let it run for an end to the nightmare. He does, to the point that the health care team will notify his family of the imminent danger of a fatal outcome.

The mother is not listened

Fortunately there are her mother. A woman whose struggle does not cease since that Julien is alive and that which is found in the love of this child, the resources to go against the advice perémptoire of doctors. Doctors who do not listen and who have today as their incompetence as a means of defence.
How does one able to leave a splint in place for so long, without checking below ? Would it be by simple hygiene… It is incomprehensible. But let us trust our justice to be without pity. Because we will still mention the lack of time and resources…. It is so easy !
To err is human, it is said, to excuse the errors. It is much less obvious when the error occurs in medicine, for lack of examination, of listening… and of time. The doctors had announced the death next to the child and that is what would have happened without the understanding developed by the mother vis-à-vis his or her child. The doctor may not be the economy to listen to others, even when patients express themselves properly. Because the patient minimizes often the disorders or focuses on the disorder that the gene most and ment in any way by omission. Fortunately, for the doctor is conscientious, he has the entourage, especially the mother, or the woman.
The consultation, for example, this mode of communication is more basic which is established between the doctor and the patient in the secrecy of the firms, in the majority of cases, takes place…. 3.

The 3rd man ? In fact the more often a woman.

The mother of a child consultant for a condition or ENT, pulmonary, this concept is nothing new : it is hard to see a young child go alone to the doctor.
This can also be the spouse as it is the most frequent case in the patient of Parkinson’s , Alzheimer’s, or depression. Children are less often present and it is usually the girls who are dedicated.
Another question : is this better than 2 ? Yes, say 80% of the physicians who consider the role of the third party beneficial : it is he, or rather she who brings psychological support, gives the alert in case of an emergency, or assistance in spots of daily life. The family also helps in the diagnosis by the daily observation, the monitoring of the medication and its effects.
Better : in the consultation a 3-lasts 22 minutes, 8 minutes longer that a consultation is usually for the information lasts in France 14 minutes 24 seconds on average. A plus for patients, but side doctors, they consider that they are wasting their time ? No : more than half think that the presence of the near-reassures the patient, and about 7 doctors 10 try to more involve the family members in the medical monitoring and treatment.