Contaminated milk : 10 points to know about the outbreaks of salmonella 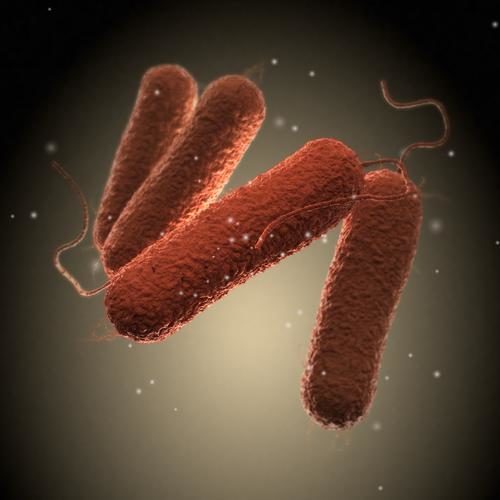 Between August and December 2017, several infants have been identified as suffering from a salmonella to Salmonella serotype Agona by the national reference Centre for Salmonella. This contamination is due to consumption of milk brand Pepti Junior Picot, Picot, SL, Picot, anti-colic, Picot, rice and Milumel Bio 1 without palm oil.

A survey of the epidemiological and bacteriological

The epidemiological investigation is being conducted by public Health France in connection with the RSS, the Directorate-general for competition, consumption and repression of fraud (DGCCRF) and the Directorate-general of health (DGS). It was able to identify to this day 37 infants (16 boys and 21 girls, median age 4 months (min : 2.5 weeks, max 9 months)) with a salmonellosis Salmonella serotype Agona, which occurred between mid-August and the December 2, 2017. All of these strains belong to the same clone of epidemic. One case was identified retrospectively by the NRC and developed symptoms at the end of April 2017.
The cases identified in this investigation correspond to infants who had diarrhoea following the consumption of these milks, which have been the subject of a medical consultation, and fecal culture (stool analysis), for which the laboratories have isolated a strain of Salmonella transmitted to the NRC. It is possible that some cases have not been identified. Nevertheless, these cases are not recorded, are in general less severe, and their number is probably limited because of the use of care, more systematic in infants and for severe infections.

Salmonella infections usually occur within 3 days following ingestion and cause an array of acute gastroenteritis with vomiting, diarrhea sometimes bloody, and feverish in the majority of cases. The appearance of these signs in an infant should lead families to consult a doctor without delay.
Several outbreaks of salmonellosis Salmonella Agona have been reported in the past, in particular, an outbreak attributed to the consumption of milk powder for infants in France in 2005, an outbreak in infants in Germany attributed to the consumption of herbal tea of fennel and anise, and outbreaks attributed to consumption of snacks in the peanut or grain, oat-based, according to Public Health France.

Salmonella and the risk of infection

Salmonella is a microbe.

It is a bacterium, which has the difference of viruses and renders them susceptible to antibiotics

These are the bacteria the most numerous in the world. We know 2 600 different species, of which 883 strains of human origin.

The infectivity of these salmonella depends on :

They survive several weeks in the air, but several months in the water. This explains the contamination of the waters from the feces of infected animals.
One of the modes of contamination are the eggs and their contamination by the bacteria may occur at the crack or porosity of the shell that is used during the washing, and leaves the bacteria enter and grow.

The diseases they cause :

Fevers typhoïdes and parathyroid glands. Contagious diseases once dreaded.
The foodborne illness called salmonellosis, which are of concern at this time our health authorities.

Inflammatory disease of the intestines

More and more studies show that food poisoning fairly benign but repeat would be capable of causing an inflammation of the inner lining of the intestine, the intestinal mucosa, inflammation, entrainerai an immune reaction gradually irreversible and self-destructive. This is what is called an inflammatory disease of the colon and the bowel or IBD and it is an autoimmune disease, a potentially serious.

It is made by soiled food, meat, eggs and dairy products primarily. In general in a human, the acidity of the stomach is sufficient to destroy easily the enemy. One exception : infants who are more sensitive and especially can be contaminated by the breathing of dust contaminated… and the patients under anti-acids, which are more vulnerable to contamination.
In general we speak of these contaminations in the summer, in children with cases rather scattered, but they represent 25% of the gastros in the summer.
Recall that the first ramparts against Salmonella s ‘call the veterinary checks, hygiene indispensable in the preparation of meals and especially the inspection of certain food. What is the main controversy of the last few days.

The typhoid vaccine is no longer marketed in France.

Fortunately most of the sources are sensitive to antibiotics. Researchers have, however, alerted the health authorities of the emergence of strains ultra resistant which is not the case in infections current.
The antibiotic treatment cannot be conceived that in some specific cases (infants, elderly people or chronic diseases, or in the community), because the mass gets the opposite effect and multiplication of the bacteria. “This is not automatic” !