Contraception : an application based on the natural methods under the fire of criticism 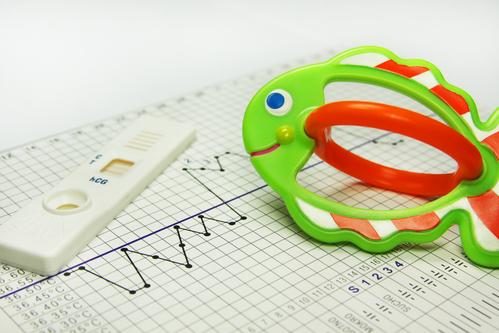 The application of Natural Cycles is presented as an alternative method to the oral contraceptive pill, also reliable and less binding, with a validation of the european agency. Based on the temperature and on the day of the cycle, the algorithm does the calculation and gives a green code for the reporting of non-protected and red for safe sex or abstinence.
The challenge was ambitious. But thirty-seven Swedish, at least, have yet had unwanted pregnancies by trusting in him. And the hospital in sweden who is in charge of abortions has issued a notification to the agency of health Swedish who is responsible for the regulation of this type of products.

The site’s Natural Cycles, affirms high and strong that it is the only application contraceptive certified with a CE mark, and it claims to have a contraceptive effectiveness of 93% (equivalent to a Pearl index of 7), while that of the pill is 91%. Many women were naturally interested.
This assertion is based on a retrospective study, that is to say, totally non-controlled, published in the journal the European Journal of Contraception & Reproductive Health Care, which is not really an absolute reference in terms of value of publications.
By analyzing more than 4000 women who used the application it is not known how long, but less than 6 months in the study, the authors calculate the rate of 93% success. The fact that the first author is a Nobel prize doesn’t necessarily matters, because it has a Nobel prize in the physics of particles and it is mainly the owner of the application, this constitutes a conflict of interest patent.

Rhythm method or the temperature

Regularly the natural methods of the past are resurfacing… Up to this application in principle, rather archaic, since based on the cycles of ovulation of women, the temperature, the irregularity of the cycles and the survival of natural sperm. Natural Cycles was supposed to tell women when to use protection and when to stay without.
In 1 year, the application would have been downloaded 125 000 times in Sweden (and 700 000 in the world) which would be 37 pregnancies of 125 000 users according to the company, however, the only thing we said that 125 000 women who have downloaded the app use it always, and nothing says to us that there were 37 pregnancies unwanted : 37 abortions were performed in the same hospital and the doctors have felt obliged to make a report, but not necessarily the other hospitals (accidents of birth control does not usually require not a report.
It is therefore likely to be very far from the 93% rate of success and a method that would be “equivalent to the pill and just behind the coil, but before the condom”.

The false beard of the artificial intelligence

This is not because it is a calculation algorithm, which avoids certainly the errors of calculation, that it improves the reliability of the temperature method, the morning of the Rhythm method, because the cycles of physiological, unfortunately, are not a precision down to the millimeter.
Despite all the help the digital, the environmental Nobel Prize and the CE marking, the overwhelming success promised is not at the rendezvous. As they say the anglo-saxons : “Garbage in, Garbage out” (if you put garbage in the machine it will also waste !)

I bet that the prolific inventors of the application are working already on a evolution : why not an alarm, intended to warn of the withdrawal imperative, imminent, another contraceptive method that provided a lot of cute babies in the past.