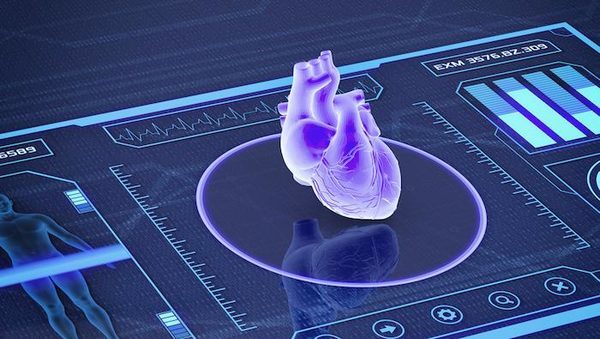 The treatment of ventricular tachycardia by external beam radiation and without going up to the catheter and electrode in the heart : it is this method that has been tested with incredible success by u.s. researchers. The results are published in the journal the New England Journal of Medicine.
Tests have been conducted on five patients with ventricular tachycardia refractory to high risk. This method presents a considerable advantage : noninvasive, it can treat patients while they are still awake.

A technique for stereotactic radiation therapy

The issue has been identified in the heart the exact area where the lesions of the ventricular heart causing rhythm disorders, in general, scarring, post-infarction or in the setting of a cardiomyopathy. Their tracking makes use of a scanner and an electrocardiogram using a jacket with 256 electrodes.
All of this allows it to be located in 3 dimensions extremely precise areas arrhythmogenic. The researchers then used a stereotactic radiosurgery which enables you to manage by way of external gamma rays, a radiation therapy developed in neurology and who target very precisely the areas sick and on the tracking the 3-D.

Amazing results in the five patients

During the three months prior to treatment, five patients had undergone 6 577 episodes of ventricular tachycardia in spite of all the treatments, medicated and non-medicated as possible. Stereotactic radiotherapy has been administered without problem for 5 patients, and then followed a period of “blanking” or period of post-radiation therapy of six weeks, a period during which arrhythmias may occur due to an inflammation post-exposure. During this time, doctors have recorded 680 episodes of tachycardia.

After this period of ” blanking “, only four episodes of tachycardia were observed in the course of 46 months, a reduction of 99.9% compared to the base value initial !
At 12 months, 3 patients are still alive without arrhythmia without anti-arrhythmic drugs. The five patients were, therefore, given the number of episode of tachycardia decrease drastically. Researchers have, however, noted that the lungs could have opacities corresponding to slight inflammation. These are resorbed after one year.

These results, although preliminary because focusing on only 5 patients with an assessment limited in time, are extremely interesting in a disease usually fatal, and disorders of the rhythms are both a marker of severity of heart disease, but also to worsening of heart function