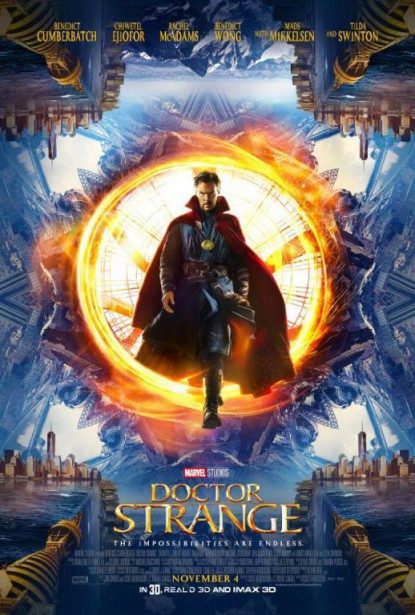 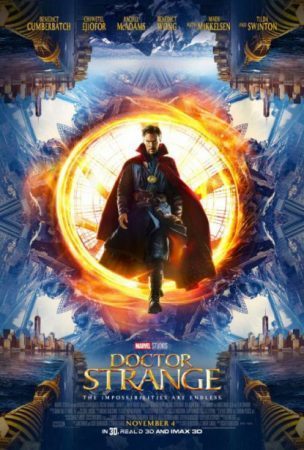 Visually, think about Inception . You think you understand, know, be there. Now put the cube that you imagined. You will come just to “see” that the wizards behind Doctor Strange managed to bring to the screen.

Magicians and not in the context, a word at random: the new character of Marvel stable to enter the MCU uses magic to fight evil.

Having more kinship with Tony Stark / Iron Man (a man rich, narcissistic and arrogant that reviews its values ​​after a tragedy leaves the mortgaged physically) than (of) men produced by science (Steve Rogers / Captain America Bruce Banner / the Hulk) or alien (Thor), Dr. Stephen Strange (Benedict Cumberbatch) is an outstanding neurosurgeon.

After an accident, he lost the use of his hands and traditional medicine can not nothing for him, he went in a remote region of Nepal, where it could regain its physical integrity through a mysterious guru: The Ancient One ( Tilda Swinton), whose mastery of the arts of the occult beyond comprehension.

Dressed in Cape Levitation and wearing an amulet provided with divining powers, he will need all this to face Kaecilius (Mads Mikkelsen), sorcerer who let himself be overwhelmed by the dark side of the force.

Okay, that’s a lot of theories and new concepts to absorb. But the scenario of Doctor Strange , who incidentally has a history of rather classical origins with humor notes “forced” although surfing data and uses his immense strength to make it clear: the visual.

The film is a daring trip into a universe that unfolds like a trip hallucinogen. A kaleidoscope of shapes. Psychedelic rendering which we take more.

In short, Scott Derrickson, who was known for The Exorcism of Emily Rose and Sinister , we made the same shot as the Russo brothers with C aptain America – The Winter Soldier, James Gunn with Guardians of the Galaxy and Peyton Reed with Ant- Man .

Less known than their predecessors (recall that the MCU franchise started in the company of Jon Favreau, Kenneth Branagh, Joss Whedon), they arrived with long solid films, surprising and with their own signature – while following the “recipe” of Marvel great plan.

Moreover, thanks to the trade mark (!), They benefited from a distribution of category A. That of Doctor Strange is the same water.

Benedict Cumberbatch, who can not be bad, is a run in the most successful mass cinema still than he had done in Star Trek Into Darkness . Tilda Swinton convince everyone, even those who winced when he heard that The Ancient One passed from old Asian man with a white woman. As for Rachel McAdams in Christine Palmer (one of the surnames of Night Nurse …), one can only hope to see more in the next installment of the franchise.

And, yes, as usual, we stay until the end of the credits. The first extra scene gives an idea of how Strange will slip into Infinity War . The second, which awaits the magician in his next solo adventure.

It is not over till it’s not over, eh!