Drugs : mechanisms to prevent risks to the school 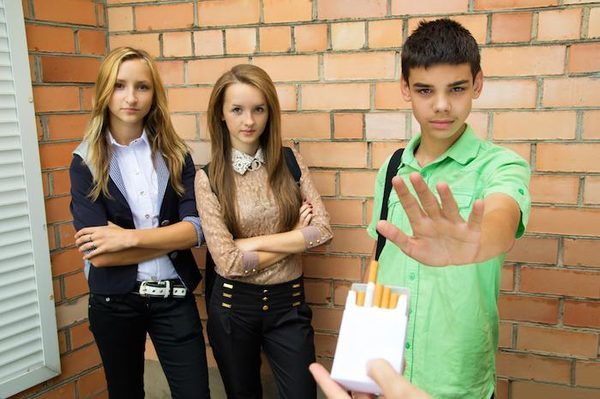 It is a challenge, and not least : to ensure that the population do drugs (too much). Societies of all times have sought to alter their state by the intake of psychoactive products, with means and very different goals. While the consumption of drugs seems to be almost inherent to human existence, how can we encourage companies to not abuse it ?

By acting upstream, most likely. Before the use takes place, before that the substance does not fall under the nose of the youth seeking strong sensations. Better than the repression of drug use, which produces very mixed results, the learning of certain skills could be the key to a society that would take the least risk with regard to psychoactive products.

Know how to say no

It is, in any case, the bet of the Mildeca, (inter-ministerial Mission of fight against drugs and addictive behaviors). This Wednesday, she devotes a Day to the prevention of addictive behaviours to the school. With a central concept : the development of psychosocial skills, the Mission intends to develop on the territory.

The goal is simple : to teach our little darlings to learn to say ” no “. With drugs in particular, but to all the risk behaviours in general – the dangerous games, the search intensity, fearlessness, violence, speed, prohibited to be brave at all costs… in Short, to avoid that children are transformed into heads burned.

In France, programs are being put in place here and there. From kindergarten until the end of secondary school. If students do not intend to talk about drugs when they are still learning to count, on the other hand, they acquire certain reflexes which, ultimately, should enable them to make good decisions.

Psycho-social skills according to the WHO

WHO (Division of mental health and addiction prevention, 1993) defines life skills (CPS) as ” the ability of a person to respond with efficiency to the demands and trials of daily life. It is the ability of a person to maintain a state of mental well-being, by adopting the appropriate behaviour and positive on the occasion of the relations maintained with the other, his own culture and his environment. “

The CPS have been defined by the world health organization, with a goal of accountability for the health. They are the number 10, which go by pair :
• Know how to solve problems/take decisions
• Have a critical thought/creative thought
• Know how to communicate effectively/Be adept in interpersonal relationships
• Know yourself /Have empathy for others
• Learn to manage stress/how to manage his emotions

“Towards the end of primary and the college is working in particular on the notion of risk-taking,” says Isabelle Sedano, director of the Center Horizon of the Aisne (center for addiction). It is a matter of understanding what a risk, why it is attractive, what is the adrenaline rush, which pushes us to do things that are daring, that go beyond our way of thinking the initial… We are working on the influence, on what fact that one adopts the behavior of other classmates, one starts smoking to be a member of a group… “

These modules, which are held at the rate of three half-days per year in primary school (three times two hours in secondary school), are undertaken on the playful mode. With role-playing, stories of students who tell the story of their own life experiences, it is ” in a climate of caring and co-operative “, to discuss what would be the best solution to a situation, ” what other alternatives are that the risk-taking “.

Isabella Sedano, director of the Center Horizon of the Aisne : “It teaches them to know themselves better by explaining that we all have our own sliders on the risk-taking… “

In college, the issue of psychoactive substances is more specifically addressed. But the students will not hear : “the drug, it is evil “, in a logic of vertical transmission. The message must be drummed into their ears for decades, it does obviously not.

Instead, ” we explain to them that drugs exist, they are part of our environment, some people find an interest to eat it… and from there, we think about the ways to protect against it. This can be not to consume, but also, if we consume in spite of everything, to reduce the risk to the maximum not to be put in danger “.