Ebola : Russia is testing a new vaccine in Guinea 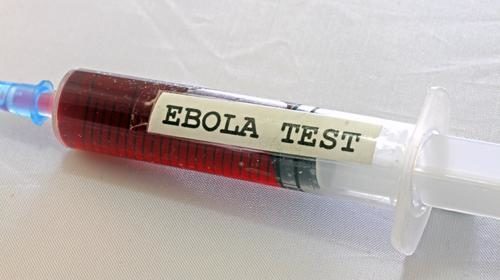 This is a new stone in the garden of Ebola, and this one comes to us from Russia. During a press conference Thursday, August 17, the Russian foreign ministry announced that it had started a vaccination campaign in Guinea.

More than 2,000 volunteers are expected to be vaccinated by the end of 2018, at the Centre of research in epidemiology, microbiology, and medical care (Crems) of Kindia, in the south of the country. A thousand doses have already been prepared and shipped to Russia in July.

The vaccine used, Gam Evac Combi, has been developed at the Institute Gamoyeva of Moscow. It had been unveiled to the international community in January 2016, at the WHO headquarters in Geneva. “The vaccine induces long-term immunity and do not cause serious side effects,” says the press release.

Unlike other vaccines of the same type, which require storage at -80 °C, the Gam Evac Combi could be kept to only -20 °C. work is currently underway to enable storage at +4 °C, further specifies that the Russian ministry.

To a second effective vaccine ?

Other vaccines against Ebola are in development. The more advanced, who answers to the name of rVSV-Zebov, has been developed in Canada. It has demonstrated its very good efficiency, during a large trial involving more than 5,000 people in Guinea. The effectiveness of the vaccine Russian on the ground is not yet known, but the Russian authorities say they are confident.

These two vaccines, the Russian and canadian are very similar in their principle. They use a benign virus, the vesicular stomatitis (VSV), responsible for influenza-like illness in humans. This vector is modified to carry an antigen specific to Ebola, and thus stimulate the production of anti-Ebola in the vaccinated patient.