Edouard Philippe : the price of a package of cigarettes will rise to 10 euros 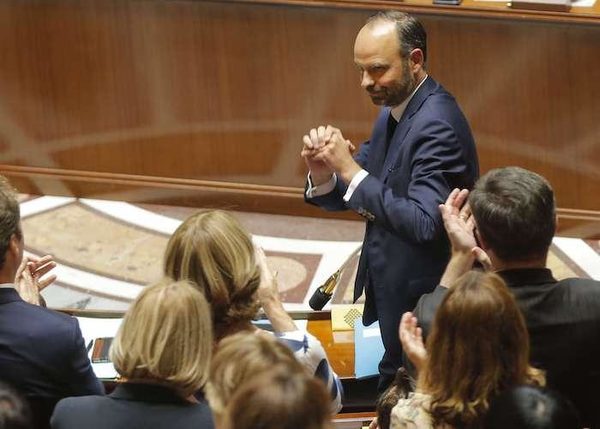 The government in the fight against smoking. Before the deputies of the national Assembly, the Prime minister Edouard Philippe, has announced that ” the price of a package of cigarettes will rise gradually to 10 euros “.

With this announcement, the head of the government takes one of the promises the flagship of Emmanuel Macron, and confirms one of the measures proposed by Agnès Buzyn.

#DPG
It is necessary to fight against tobacco. It is a leading cause of mortality. 80 000 deaths per year. Doing nothing is excluded ! pic.twitter.com/YsVnMQ1Hjy

In its roadmap addressed to Edouard Philippe , the minister of Solidarity and of Health explained that its ” objective is that the generation that is born today is the first generation tobacco-free “. And to get there, increases in the price of a package of cigarettes should start ” as early as 2018 “. In parallel, actions for the prevention and aid in the weaning should be funded.

If this measure is not enthusiastic manufacturers and tobacconists, this is because its effectiveness has been proven repeatedly. The world health Organization (WHO) estimates that a 10 per cent increase in pack of cigarettes decreases tobacco consumption by 4 %, and 8 % among young people.

Australia is one of the first countries to have done this calculation. Australians must pay 12.5 euros. Added to this is the establishment of the neutral package in 2012. Result : today less than 15% of Australians declare themselves to be smokers compared with one-third of the French population. The former director-general of WHO, Dr Margaret Chan, had called on all states to take the example of the countries of the southern hemisphere.

It would have also been able to advise to follow the american example. The United States also, only 15 % of the population smokes. It must be said that the state had a heavy hand on price increases and taxes : between 1990 and 2014, the price of a pack of cigarette has increased by 350 %. At the same time, the number of cigarettes consumed per capita has declined by half.

The United Kingdom and Ireland have also managed to drastically reduce the number of smokers. In 10 years, nearly 2 million Britons have stopped smoking. A significant decline particularly among 16-24 year olds. If the prohibition of smoking in public places seems to be the main lever, the increased taxes are also contributes. These countries are included to the 5th and 6th places in the country where cigarettes cost more expensive. France is only 20th.