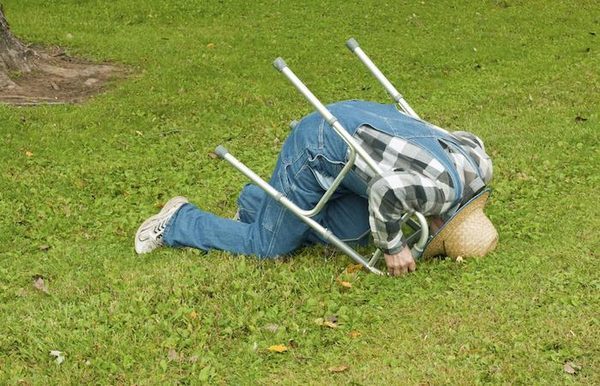 After age 65, one in three seniors will fall. Past 80 years, half of the population has already suffered such an incident.

In 2014, falls have caused about 70 000 hospitalizations for fracture of the neck of the femur.

The fractures are at the top of the consequences of a fall, followed by wounds and contusions.

In one case on two, the chuteur has already fallen in the past.

A fall, and the downward spiral takes place. By fear of falling again, one in five seniors has decided to limit its travel. But this loss of mobility has paradoxical effects, recalls an article published in the Bulletin Epidemiological Weekly (BEH), published by public Health, France.

In a thematic issue, the agency’s health leans on the health of our seniors. It points in particular to the lack of interest in their falls. If these are common, the statistics on this subject are largely in deficit, as are prevention strategies.

In France alone, the falls are the origin of 9 300 deaths in 2013 alone. The mortality rate increases with age. But behind this number is spectacular hide the countless loss of balance that occur each year, with consequences that are less dramatic.

The problem is that the number of falls is under-estimated in the country, deplore the experts. Out of the 76 000 hospitalizations for fracture of the neck of the femur, almost all (90 %) is linked to a drop. This diagnosis increases the risk of long-term disability for senior citizens. But it shortens considerably the life expectancy.

Beyond these data, only estimates waves exist. Thanks to the Health Barometer 2010, it is estimated that 8 % of the elderly (55-85 years of age) have already consulted a doctor or been hospitalized because of an accident of everyday life. A fall is cause in one case out of two. Other, not a word.

The effectiveness of prevention

In view of these deficiencies, it is somewhat surprising that the risk factors are poorly identified. It is known that some medications, the presence of multiple diseases or simply age, promote the loss of balance. But the impact of their accumulation is poorly known. Gold, ” the causes of falls, multiple, are often entangled “, underline the authors of this article.

This lack of knowledge hinders the development of a prevention strategy. They are still necessary and effective. Because promote the mobility of older workers, it is also help protect their bones and muscles. For evidence, the experience ” Ossébo “, conducted for the occasion.

A survey of 706 older women, the study compared the evolution of two groups over two years. On the one hand, volunteers who received no intervention. On the other, those who have participated in sessions of adapted physical activity.