Eminem: His daughter Hailie has metamorphosed into a real bomb 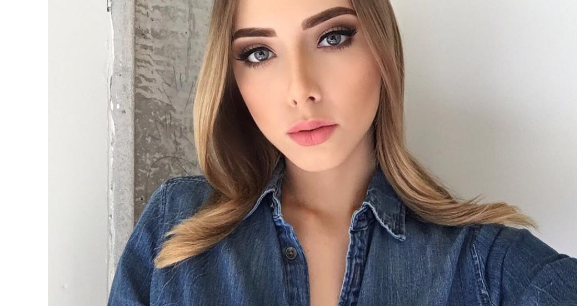 The daughter of “Slim Shady” is now 21 years old.

The latest news from Hailie Scott Mathers date back to October 2013 when the daughter of Eminem, then aged 17, was elected queen of her high school in Michigan . For the greatest pride of his parents, his mother Kim Scott and his famous dad rapper. Four years later, the young woman has lost none of its beauty as it created a buzz with the Instagram page she created.
Always settled in Michigan (Detroit is the heart city of Eminem), the 21-year-old has grown into a sexiest creature. The proof with the latest picture she posted a week ago – on the occasion of the celebration of her majority – and on which she poses in a dress particularly tight and low neckline. In very good company (it does not say whether this is his baby), the daughter of Eminem played the card of sex appeal for her birthday.
With a beautiful silhouette and a face with fine features, Hailie Scott sometimes has a hand too heavy on makeup, losing its natural in passing. What a pity. Yet the young woman does not need so many artifices to please. Her bright blond hair and her beautiful blue eyes are enough to seduce.
Psychology student at the University of Michigan, Hailie Scott Mathers was born December 25, 1995, the fruit of love between pest Eminem and Kim Scott. The 44-year-old rapper and his ex-wife (whom he divorced twice in 2001 and 2006) met when they were only teenagers. He was 15 years old and she, 13.
Eminem has often referred to his tumultuous relationship with his first love, especially in the song Kim appearing on the album The Marshall Mathers LP, released on 23 May 2000. The artist was then put into the skin of a madman killing his wife. He had created the controversy because he was addressing Kim in the song, the real name of his wife of the time. In the song, Eminem also imitates Kim’s voice.
It was in this context of cruel lack of stability that little Hailie, now a very young adult, grew up.