End-of-life : the importance of the choice of words in order to better support the patients 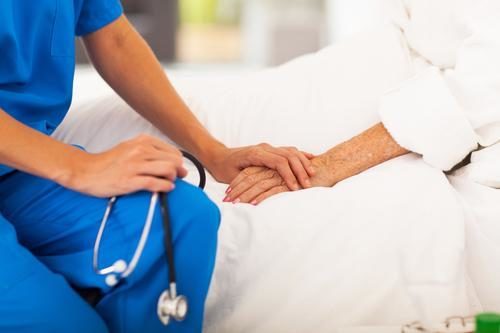 Two years ago, the law Clayes-Leonetti on the end-of-life is coming into force. For some, it does not go far enough, for others, it is already too much. It establishes in all cases of new rights for patients, such as the “right to deep sedation, and continuous” for the terminally ill patients. If one of them is the request, physicians may not refuse. A few months later, the ministry of health has launched a national campaign of information for the caregivers : dedicated website, technical data sheets, training.. Several tools can be used by health professionals to better engage with people during this difficult stage.

It is also the subject of a study conducted at the University of Pennsylvania, in the United States. It shows the importance of language and choice of words when talking about the end of life with a patient and/or his or her family.

The concept imperfect of futility to medical

The medical teams use the concept of ‘futility medical’ to describe the situation in which no treatment can relieve the patient and may on the contrary lead to more suffering. But this term can cause confusion for the patient or his relatives. Hence the need to pay attention to the words used when we talk about death and especially to rethink this concept of futility to medical.

“The re-conceptualisation of the notion of futility requires further clarification and analysis on the impact of new terms on the patients and their families, who rely on physicians to provide them with suitable care and provide compassionate end-of-life,” explains Connie M. Ulrich, who led the study. This redefinition of terms should provide better assistance to the patients.

A subject at the heart of the States general of bioethics

Two weeks ago, the States general of bioethics started in France. Among the topics discussed include the end-of-life. Discussions and reflections will focus on the legalization of euthanasia, assisted suicide, and the ethical responsibility of the caregivers. These States in general will finish on 7 July.