Fake News, the new name for the lie; Nothing new except the power of the internet! 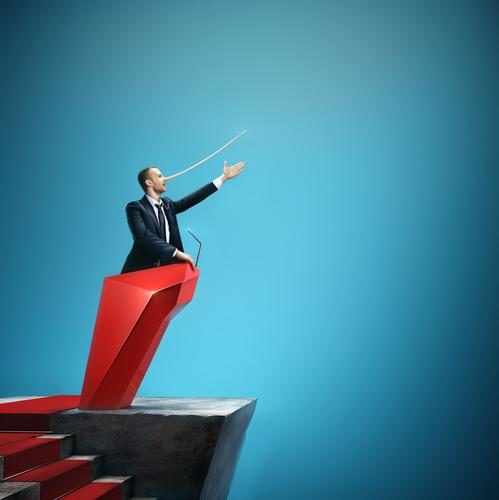 Our president’s dream to teach distrust vis-à-vis the Fake News and especially how to identify it, in terminal, in the framework of the teaching of philosophy. But he is not alone in his microcosm of super leaders.

Donald Trump denies that he wanted to dismiss the prosecutor of the investigation Russian. In Davos, the Us president refers to the information published in the New York Times of “Fake News!”

Pope Francis has invited, in January, journalists and users of social networks to denounce these “Fake News” ( translation, Mendacia in latin), who sow division to serve political and economic interests.

The World of January 24, informs us on how “scientific” do

We expect the comments of the Queen of England, very exposed with his sons and grandsons.

Very heavy ; a global issue ; For that is nothing else than the lie enhanced by a “carrier” which one begins to measure the real scope. But it is not necessary to have a short memory. While new media has accelerated the force and the dissemination of lies and the man has always been able to make the parade. Since the ” crier of the streets “, to the reality, through the emergence of the printing press, then radio, the rumor has always been able to find its media.

Pathology or normality of intelligence ? Medicine identifies 4 types of liars

The first one, the one that indisputably relates to medicine, is one of the mythomanie. As always in psychiatry, the use in the popular language of medical terms has somewhat distorted the reality of the ” mytho “, to make it a ” baratineur “, a ” dreamer “. Far away from the reality of a real disease and suffering, for the one who feels a compelling need to lie. To respond to the contempt he feels for himself ; a ” abjection of consciousness “, as said so beautifully Boris Cyrulnick. This neurologist renowned as a specialist in animal behavior, is reluctant to treat the mythomaniac liar, unlike the one for which the lie is cynical and utilitarian.

The liar by utility

Point of pathology identified for this liar, who abuses and manipulates, while the mythomaniac lies for the sake of attracting attention. Sick does not mean a candidate for a treatment because he does not consult never spontaneously. Moreover, it is examined, in the vast majority of cases, that in the context of a judicial expertise… You can not speak of treatment in the liar cynical since his act disappears as soon as the danger disappears. However, before a liar that one is in front of a mythomaniac or not, legally could change the liability, is extremely complex, and requires a psychiatric examination, long and careful. This means that the examples which runs on currently the news is not conclusive.

The two categories of lie, mythomanie, and lie utility, do not sum up the problem. There is a third category, very particular, ” denial “, that we could define as the refusal to take charge of certain realities. It is the domain of choice among drug abusers, or certain psychiatric illnesses.

Finally, the medicine may not address the chapter of the lie, without mentioning a fourth and last category, as the doctors call it modestly, “the false truth” acceptable “. A very special way to explain that some lie to their patients, in order not to make the penalty… A debate which, contrary to the assertion of many doctor is far from being settled.

What attitude should one have in the face of Fake News, a lie ? For Boris Cyrulnick, it is necessary to add nuances even if the lie cynical and manipulative remains despicable. As soon as you remove the passion that surrounds this topic, you can also think that the lie is a proof of virtuosity and intellectual that we are all forced to lie ; the animal is also a liar as soon as he is able to act on the mind of the other. In another particular example, the child, the great liar, no one could have taught him ; it is, for him, a defense mechanism of denial of reality which is the gene…

Yet, the debate that has roiled our society today about these Fake News presents a danger : The basis of life in a community presupposes that the other is telling the truth. You should be wary of generalizations, pithy, because the reality is not so simple, and the lie is a behavior that is difficult to classify. Generalize, in fact, spread good practice…