Fear The Walking Dead Season 3: Episode 9, what will happen in the mid-season premiere? 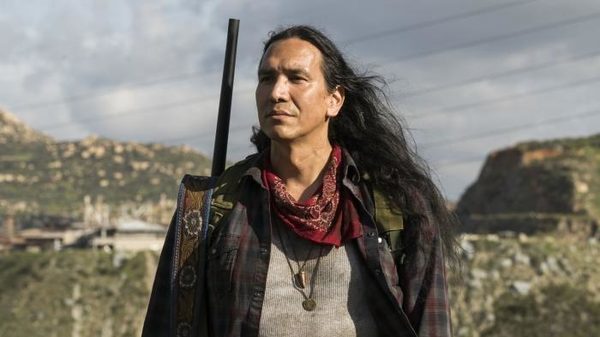 The first part of season 3 of Fear The Walking Dead has just ended, but what will happen in the sequel?

The first part of Season 3 of Fear The Walking Dead is already over and when we finally brought you an answer on the link between Madion and Rick of The Walking Dead recently, it is now the next episodes that ‘ We will be interested. As you know, The Walking Dead’s little sister will be back on Sept. 10 on AMC with episode 9 whose title has not yet been announced. On the other hand, as you can see above, an excerpt of the mid-season premiere is already available and it allows us to speculate a little on what we reserve the second part of the season.

In the video, one can see that after finally obtaining the scalp of Jeremiah Otto, Walker and his group decided to leave the life of all the inhabitants of the ranch and to come to resettle on their lands. Madison, Alicia, Nick, Troy and the others will have to manage the arrival of this new community which will now take matters into their own hands. It’s a good bet to make it much better with Jake than with Troy, and we can already expect a tense move for Walker. Furthermore, there is no indication at this time that Walker is not going to ask the ranchers to leave afterwards.

Episode 9 should therefore largely show us how the characters react to this major change, and the decisions they will take in relation to that. Will Madison want to leave the ranch to go elsewhere? Or will they all stay and try to live together to survive the zombie apocalypse? We will have to wait a few weeks before we know. Anyway, we’re looking forward to seeing the rest of the season and learning more about Walker and his community, including Ofelia. Until then, our Fear The Walking Dead mid-season finale review of Fear The Walking Dead is still available.