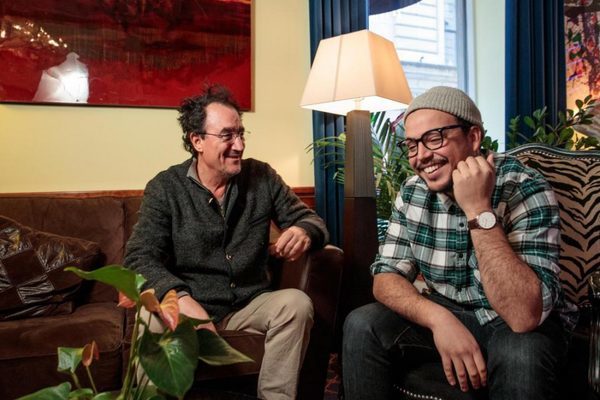 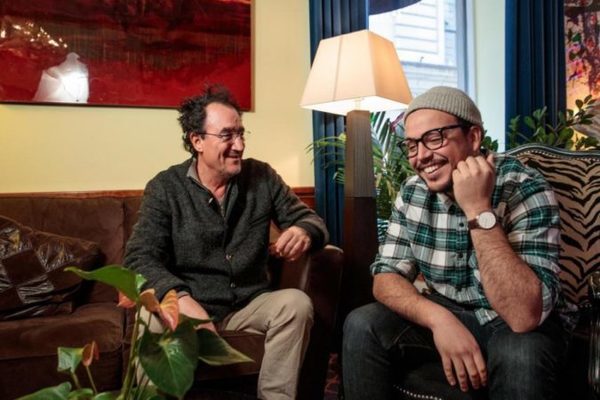 For Quebec, it’s Monsieur Lazhar. But for several generations of French and Algerians, fellag is primarily a comedian whose sketches are real pieces of anthology. This is the case of Mehdi Bousaidan young Quebec comedian starring in the TV series Med , broadcast on Vrak, and about to begin the shooting of his first solo show. The press took city in transition Fellag, who presented his last show at the Olympia, in order to have them meet. Conversation with two children of Algeria whose destiny led them to Belle Province.

You both left Algeria to settle in Quebec. In what context did your migration?

Fellag: In the early 70s, there was an office of the FLQ in Algiers, which at the time was “the Mecca of revolutions”: all countries who wanted liberation from colonialism or who fought a dictatorship had been received. We even received great villains like Carlos! I would regularly chat with two Quebecers from the small office of the FLQ and they told me what was happening. Subsequently, I met with Quebec artists and I wanted to visit this young province, inventive and secular. There was a huge creativity of theatrical and cinematic perspective in Quebec. I loved Gilles Carle, who was for me the Fellini of Quebec cinema. I left Algeria under the dictatorship of Boumedienne. The culture there had become a luxury and Algeria “socialist” no longer wanted. I could not create, so I decided to go to Quebec, where I lived from 1978 to 1982. I was a young actor who wanted to travel, to discover music, theater and cinema and Quebec whatever the quiet Revolution was able to bring to this country. To live, I made all the trades: bartender, cook, etc. I’ve never played in the cinema or theater, for it was the great time on stage slang. I then moved to Paris for four years. I went on vacation two weeks in Algeria and I realized that culturally, things had moved. I landed the lead role in a play at the Algerian National Theatre. Finally, I stayed, but I was forced to go into exile again in the 90s.

Mehdi Bousaidan: It was at this time that my family decided to leave Algeria, then in full civil war. I was 5 years old when we left for Montreal in 1995.

Fellag You were born when I left Algeria. It was starting to really heat up in 1992-1993. There were 200,000 deaths! Everyone was covered, not just artists and intellectuals. I left because I could no longer work. There was no movie theater. I went to France, where I lived for 22 years.

Fellag that mean to you, Mehdi?

Mehdi Bousaidan: We watched all his shows at home with my parents. It was the only comedian being followed at the time, and often we saw again the same show several times! It was part of us. When we arrived in Quebec, I started watching Quebec humorists, but we did not really representative on stage as immigrants. Much later, there was Rachid Badouri. I always had an identity problem. The day of the independence of Algeria, I felt bad to hold an Algerian flag, and the day of Saint John, I do not know if I could keep one in Quebec. In the same way that I listened to the shows Fellag when I was little, I wanted people here can identify with someone when I started in humor.

Fellag: I have found my way to 45 in France at the crossroads of French and Algerian cultures. I’m not French, I’m not a stone or a typical Parisian Desproges Coluche. My place is in between. I have to spend billions of nodes that are created between the two countries and I have in me. I know all the cliches of one toward another, injuries, mockery. I play on it to open while being irreverent. Fate that my way is there. Mehdi and I encourage to continue to explore what makes Quebec.

These cultural crossovers are your strength to both as qu’humoristes. But is it sometimes difficult to maintain a certain universality in your words?

Bousaidan Mehdi Amin Maalouf said that we are all an equation. I’m not more Quebec Algerian, I am a synthesis of both. That’s when I realized why I started writing. The same joke will laugh Quebecers and Algerians, but maybe not necessarily for the same reason. I studied Quebec culture, but I keep my Algerian mentality and I play a lot with that. I do have some numbers reserved for a public Maghreb. And when I go to France I keep substantially the same numbers. I just adapted some words.

Fellag: When I arrived in France, I had my shows franciser to touch what I like to call “the public in France.” It took me three years to find my way between the two enemy brothers as France and Algeria. Humor opens a huge door between people. As so rightly says Gérard Jugnot: “Laughter, like the wipers, allows progress even if it does not stop the rain.” Bled Runner will be my first comedy show in Montreal even if Just for Laughs asked me several times to come and play in the context of its festival. But my previous show Small shock of civilizations was an address to the French. It would not have worked in Montreal. This one is much more universal. I called Bled Runner , a little to close the loop crazy Algerian stories, 21 years after my first show which was called Djurdjurassique Bled . I’ll tell the story of an Algerian from childhood in Algeria in the 50s, the French presence until now. To do this, I rewrote the most universal pieces of my old spectacles and picked the best known numbers for the remake. There is also a third of the show that is completely new.