Five packs and 1 glove forgotten after a hysterectomy. The patient has “accouchés” in pain 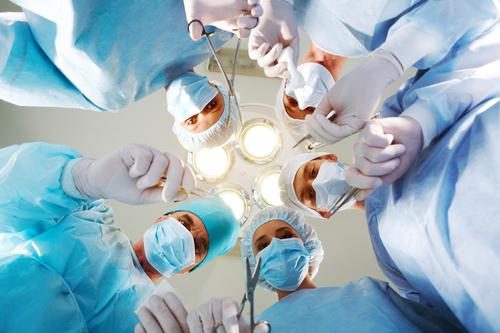 History of neglect, but outstanding in its importance. A patient who has undergone an ablation of her uterus, complains after pain in his abdomen and difficulty in urinating. The surgeon, finding those usual symptoms (!), in this type of procedure, decides not to try to understand if there is a reason abnormal. No further examination has been made.
In his misfortune, this woman is lucky to have an exit, “natural” elements “forgotten” by the surgeon and a few days later, the contractions extremely painful, it expels five packs and a glove !
The surgeon wanted to apologize… But his patient does not stop there, and entrusted the justice to the care of punishing this unconscionable act… But unfortunately not rare.

Compliance with the procedures

Logically, for compresses, the surgeon must continually know how much it has used (he has assistants for that), and especially how much it has recovered. Because there is nothing like a compress soaked in blood, disappearing into the operative field. In Marseille, it seems that this count has not been done (5 packs !).
For the glove, it is even more incomprehensible : the surgeons change gloves during a procedure, but outside of the wound… unless he was made to fall inadvertently… Even less excusable.
This problem is serious enough to reviews on surgery very serious, and publish articles with procedures specific.
We have found one that is titled : “How not to get the wrong surgical site, procedure, or patient.” In simple terms, the site, this is the place where the surgeon intervenes ; not the room, but the part of your body that it is supposed to repair.
There is therefore a procedure, it is as well as is called the place of the normal response ; that is to say that if the surgeon needs to stretch the tendon to a finger, and that instead it removes the finger : this is what is called a procedural error…

As this article says : the wrong patient, you will have understood, it is the big error. It was thought, wrongly, that these problems were too huge to exist, but it is for this reason that the doctors have decided to write a reference document that is referred to in medicine there is a universal consensus and has been adopted by dozens of scientific societies and medical organizations.
We could begin to be reassured… Except that the reading of this consensus is a little less, because the first points of this document are of a frightening banality. Of the genre : it is better to operate on the right patient, at the right place and with the right technique… It is nice to clarify. Other precautions : mark out the patient… to, and I quote : “to identify without ambiguity the intended site of the incision “.

The anesthesiologist, a character-key

It is likely that you’re not going to see the surgeon who will perform your surgery. It will happen as soon as you will be asleep and ready, which allows him to do multiple procedures in the same morning. This is why we must insist on a character’s fundamental in a procedure : the anaesthetist.
It is he who passes all the traffic lights green. And it is often, during the intervention, an objective witness of what is happening.

Even if this is not specified in the procedure, if one day you need make you operate it, it costs nothing to ask to sleep to remind him of why you’re there, why to do, and most importantly, the surgeon account planting his knife.
If the answers are good, you can fall asleep assured.

More and more interventions are recorded on video

They are all in the United States, and increasingly in France. But make no mistake, this is not for the patient, explain the procedure and provide a souvenir, but simply because the lawsuits are more numerous and to protect the surgeon from an action of dishonest its sick.

And we must admit that, in the United States, law firms, rogue had made a specialty.