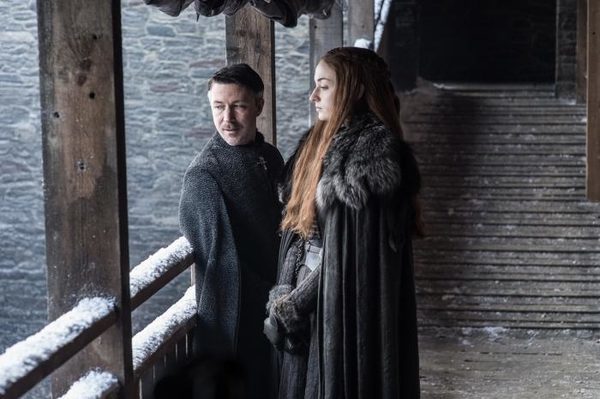 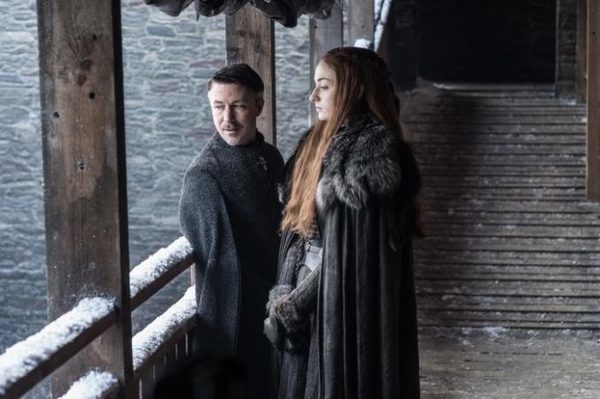 Game of Thrones Season 7 episode 1 was on OCS that night! Let’s go back to the key moments of this Season Premiere that we all waited for … Attention SPOILERS!

We finally discovered the first episode of season 7 of Game of Thrones that night on HBO and broadcast simultaneously on OCS. Verdict? This Season Premiere has directly plunged us into the universe of each character of GOT and has also teased us a most interesting sequence! The plots multiplied during the episode “Dragonstone” and we are already dying to find episode 2, next Sunday on OCS, to have more. But before that, let’s explore the 5 key moments of the Season Premiere!
Arya massacre the Frey!

This is not the first time that the Season Premiere of Game of Thrones sells us a dream! From the first minutes, we are immersed in action. Arya Stark, using his skills of the Sans-Visage, pretended to be Lord Walder Frey. Taking her appearance, she called a meeting of all Frey’s men and poisoned them with their red wine. Little wink at the Purple Wedding, we love!
Sansa and Jon: towards treason?

We all felt the discomfort when Sansa allowed himself to contradict the decisions of his brother, the new King of the North, in front of all his men. Doubts were also raised when Sansa was dangerously close to Littlefinger. There is something a little shady in there, which will not be long to clarify in the next episode!
Euron Greyjoy and Cersei: Allies?

There is water in the gas between Jaime and Cersei! After losing their three children, they seek new allies to defend themselves from their many enemies. That’s where Euron comes in! The new King of the Iron Islands would not only like to ally himself with Cersei but also to marry him. Although she declined her request, we feel that this conversation is far from over!
Sam’s discovery could change everything!

While Sam Tarly’s daily seemed very sad (and disgusting), it was a turning point in episode 1. It seems that Samwell has found the key to the survival of mankind. By choosing a random book from the library, he learned that the Dragonstone city had a dragonglass mine, the only way to kill the White Walkers! And in addition, he has just met Jorah Mormont who could be of great help to him.
Daenerys returns to Dragonstone!

We waited for 50 minutes, then finally appeared on our screens: Daenerys! As the episode was called Dragonstone, it was likely that the Queen of the Dragons reached the land of her ancestors before the end. Emotion sequence announcing a new start for Daenerys and his army: “Let’s start,” she said at the end of the episode. We’re ready for that!
Do you want to follow the Season Premiere of Game of Thrones season 7? So join us for a full debrief, lives of madness and all the info on your favorite series. Go to the site and Facebook!